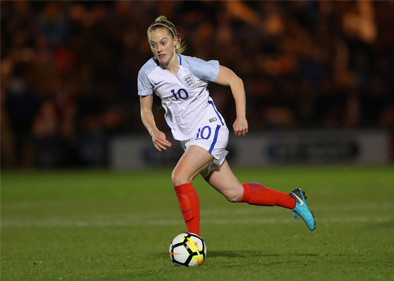 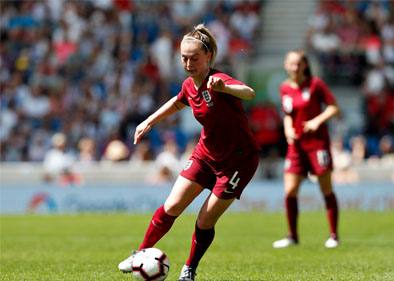 English footballer, Keira Walsh is currently a midfielder for Manchester City and the England national team where has played key roles in winning various trophies both domestically and internationally.

Walsh started her footballing journey at Blackburn Rovers where her talent and ability stood out earning a move to Manchester City in 2014. She made her senior debut the same year at just 17 in a victory over Notts County. Playing a pivotal role in Manchester City’s Continental Cup winning squad, Keira went on to sign a professional contract with Manchester City in 2015. Walsh opened her goals account a year later with a winner in a 1-0 victory in a Champions League Round of 16 match. Despite some tempting interest from Olympique Lyonnais and Atlético Madrid, Keira remained at Manchester City amassing various honours throughout her time there winning multiple League Cups, FA Cups (scoring a goal in 2019 final) and a Women’s Super League.

As well as a decorated domestic career so far, Keira has made her mark in the international squad playing for the U15 age group at 12. Four years later, Keira was named in the squad for the UEFA Women’s Under-17 Championship finishing fourth in the competition. 2017 saw Walsh called up to the senior squad and was part of the team that went on to win the SheBelieves Cup 2019 in the United States earning selection for the coming WorldCup squad. Her consistent high-quality performances landed her a spot in the squad for the UEFA Women’s Euro 2022 squad which went on to win the tournament under Sarina Wiegman, playing as a midfielder alongside Fran Kirby, Georgia Stanway, Jill Scott, Leah Williamson and Ella Toone. Following the team's success, they received the profound Inspiration Awards at the 2022 Pride Awards.

Keira Walsh is a leader on and off the pitch with a wealth of experience despite only being in her mid-20s. She is an inspiration to all young footballers and is regarded as one of the best defensive midfielders to play the game. Keira is available to book now via Champions Football.

To book Keira Walsh to make a personal appearance at your corporate event, function or conference, simply contact the Champions Football Speakers agency by filling in our online contact form or by calling a booking agent directly on 0207 1010 553.