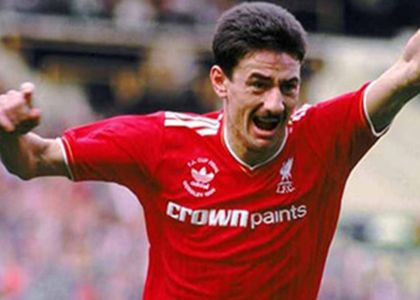 Welsh former football player and sports speaker Ian Rush MBE is best known for his time at Liverpool Football Club and his position in the Welsh national team during the 1980s and 1990s. Now retired Rush works primarily as a television presenter, analyst and football speaker in the media, appearing on a variety of television networks including Sky Sports and ESPN.

Bought by Liverpool for a record breaking fee of £300,000 in 1980 Ian Rush MBE led a consistently strong and impressive career, voted PFA Young Player of the Year three years after joining the Reds, Rush helped to bring the team two consecutive First Division League Cup doubles. Rush was the first British footballer to be awarded the European Golden Boot Award as Liverpool retained both the League and the League Cup and won the European Cup to complete a unique treble in 1984. Thanks to his successful tenure at Liverpool Ian Rush MBE remains a popular football speaker for the club and is often called upon to share tales from his time with the infamous team at after dinner speaker events.

Rush’s appearances for the Welsh national side culminated in a record 28 goals in 73 games helping to make him a popular football speaker at Welsh sporting ceremonies and after dinner speaker events. He was awarded both the Young Player and Player of the Year awards by the PFA as well as the Football Writers’ of the Year award.

After his playing career and a short spell as a striker coach at Liverpool before being named as manager of Chester City. Inducted into the English Football Hall of Fame in 2006, Rush was named ambassador for the 2017 UEFA Champions League Final.

In an illustrious and glittering career that saw Rush win 17 trophies at Liverpool FC while winning an abundance of personal accolades as a reflection of his success and prowess as a striker. Rush holds multiple records as a player including being the Record Liverpool goal scorer with 346 goals as well as a record 5 League Cup medals and a record 25 goals in the Merseyside Derby against Everton FC.

Since 2005, Ian Rush MBE has worked as a television presenter, pundit and football speaker, holding roles as an analyst with ESPN, a pundit for Sky Sports and a reporter for Sky Sports News. Outside his work in the media Rush is currently the Elite League Performance director for the Welsh FA.

The true epitome of a footballing legend and icon, Ian Rush MBE has enjoyed a spectacular playing career enjoying a host of successes which he eloquently discusses in his work as a football speaker. The Hall of Fame footballer is full of tales, anecdotes and teachings from his incredible career and is certain to make an impression on his audience while sharing an inspirational story full of motivation and inspiration along with the nuances of long term success in life and football in a truly entertaining manner. Ian Rush MBE is a fantastic addition to any event as a football speaker.

To book Ian Rush MBE to make a personal appearance at your corporate event, function or conference, simply contact the Champions Football Speakers agency by filling in our online contact form or by calling a booking agent directly on 0207 1010 553.