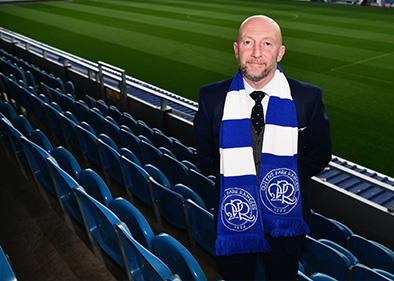 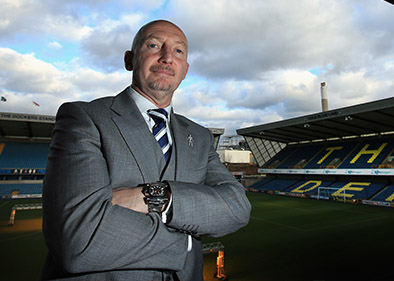 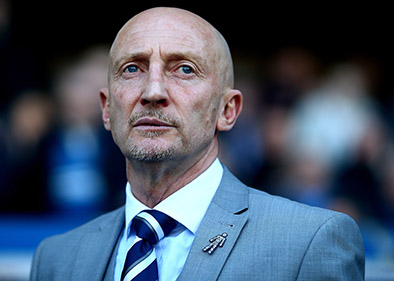 Ian Holloway is an English professional football manager and former player who was most recently manager of Championship club Queens Park Rangers. A Bristol Rovers legend in his playing days, Holloway made almost 400 appearances for the club in addition to representing Queens Park Rangers on over 100 occasions.

Becoming a highly respected manager following his retirement as a player, Ian has led both Blackpool and Crystal Palace to promotion in addition to excelling in a number of other managerial engagements. An Honorary Patron of the anti-racist organisation, Show Racism the Red Card and columnist for The Independent on Sunday, Ian Holloway also works extensively as a football speaker across the UK.

A midfielder during his playing days, Ian Holloway began his career at hometown club Bristol Rovers in 1981 before going on to play for Wimbledon, Brentford and Torquay United for a spell on loan. The latter part and majority of his career however was dominated by two spells back at home club, Bristol Rovers and a team he would eventually go on to manage, Queens Park Rangers.

Nearing the end of his career, Holloway had one eye on management and this was reflected by his final contract as a player which he signed to become the player-manager for his beloved Bristol Rovers with one eye on his future. A distinguished playing career, during his work as a football speaker, Ian discusses the experiences he gained as a player in addition to sharing a host of entertaining tales and anecdotes from his younger days.

Beginning his coaching and management journey at Bristol, Ian Holloway's first sole managerial appointment came with Queens Park Rangers where he was tasked with avoiding relegation. A tough challenge, the club agonisingly missed out on safety however it did not take long for the charismatic manager to mastermind promotion back to the second level of English football. Following a respectable first few years in the Championship, controversy surrounded Holloway with an apparent job looming at Leicester City that Ian was heavily linked too.

Sent on gardening leave as a result of the uncertainty that was said to be unsettling the club, Ian Holloway went on to join Plymouth Argyle. The accomplishment of leading a team to promotion along with the controversy that surrounded the manager over a job he didn't make for fascinating content during his work as a football speaker.

Instantly becoming a fan favourite at Argyle, Holloway famously offered to buy all the fans who travelled a drink as a mark of their support. Holloway's fortunes changed drastically however following further speculation over a vacant job at Leicester City which he took much to the disappointment of Plymouth fans. A decision he would live to regret however as he later addressed it as the worst decision of his life. Speaking of this calamity, Holloway shares the trials and tribulations of professional sport during his work as a football speaker along with discussing the pressure and scrutiny that comes with the industry.

Ian Holloway became the first Leicester City manager in 50 years to win their opening fixture in charge. His initial success was not a sign of things to come however as Leicester City were relegated and Holloway's resignation imminent. Following a year away from the game, a time he discusses during his work as a football speaker, Ian Holloway returned as manager of Blackpool. After finishing 6th in the Championship and just inside the play-offs, Ian Holloway incredibly led Blackpool to an unforgettable promotion that will live long in the heart of fans.

A wonderful achievement at a club where he remains forever popular, Ian Holloway managed the club on over 100 occasions before going on to manage Crystal Palace whom he led to promotion to the Premier League before masterminding Millwall's safety. Ian Holloway has most recently held a post as manager at Queens Park Rangers in addition to his work as a football speaker.

An incredibly popular figure that is held in the highest regard, Ian Holloway has experienced football as both as a player and coach allowing him to eloquently discuss the game, peak performance and maximising success during his performances as a football speaker. Equally adept at sharing both the positive and negative aspects of professional sport, Ian Holloway is an engaging speaker with the knowledge and expertise to captivate any audience. A wonderful footballing personality, Ian Holloway is available to hire as a football speaker for any event, dinner or function across the UK.

When at corporate events, Ian is known to cover the following topics:

To book Ian Holloway as the football speaker for your corporate event, function or conference, simply contact the Champions Football agency by emailing footballagent@championsukplc.com or by calling a booking agent directly on 0207 1010 553.