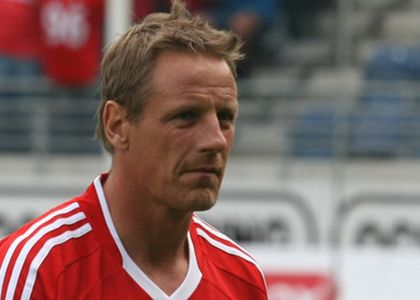 Paul Walsh is a former England international footballer who now works as a television pundit and football speaker. Walsh enjoyed a career spanning seventeen years in professional football, initially bursting into the limelight during spells at Charlton Athletic, Liverpool and Tottenham Hotspur, Paul was a formidable opponent who was revered amongst his peers. An ideal football speaker for any event, Paul Walsh’s experience of top-flight football as well as his life as a pundit makes for an entertaining and informative talk for guests as a football speaker.

Beginning his career at Charlton Athletic, Walsh quickly established himself as a vital figure in the team. With impressive performances for the side, he was soon signed by Luton Town at the age of 19, for a considerable £400,000 in 1982. An immediate success in the side and amongst fans, Luton Town won their first two matches 5-0 and 5-3 respectively, with Walsh scoring a hat-trick against Notts County. Walsh’s natural instinct and eye for goal saw him gain a call up for England, he featured in five games in 1983 under the management of Bobby Robson. Delivering anecdotal tales as a football speaker, Paul is a compelling personality who engages with audiences perfectly.

Consistently excelling and making major contributions, Walsh was getting drawing attention from a lot of clubs and it was Liverpool who won the battle to sign Walsh in 1984 for £700,000. Paul Walsh seamlessly made the transition and fitted neatly into the Liverpool strike force with Kenny Dalglish due to an injury to Ian Rush. A crucial player for the Reds during his time there, Paul was a favourite amongst Liverpool fans thanks to his entertaining and thrilling playing style. Discussing the demands of a professional footballer, Walsh is a great football speaker, his ability to relate what is needed in sport with business environments with his teachings from the footballing world are unparalleled.

Later playing for Tottenham Hotspur where he won the FA Cup, Portsmouth where he was named Player of the Year and Manchester City, Paul Walsh’s career comprised of exemplary reliability, performance and skill and is still fondly remembered and cherished by football fans across the country.

Paul Walsh is now a leading media figure within the world of football, he regularly appears on ITV and Sky Sports to give expert analytical advice and punditry services. A consummate professional, Paul is a well-loved TV presenter and his extensive knowledge ensures his input and comments are always well respected.

A career filled with peak performance and a player who certainly had the ability to maximise success, Paul Walsh was exposed to incredibly high pressure environments and matches especially during his time at Liverpool as the club were almost always in finals of competitions and competing for league titles.

A charming and charismatic figure who has an abundance of knowledge coupled with a host of tales and anecdotes from an extremely distinguished career, it is no surprise Paul Walsh is hugely popular on the after dinner speakers circuit. A truly magnificent football speaker, Paul Walsh is available to hire for any event or function as a football speaker.

To book Paul Walsh to make a personal appearance at your corporate event, function or conference, simply contact the Champions Football Speakers agency by filling in our online contact form or by calling a booking agent directly on 0207 1010 553.