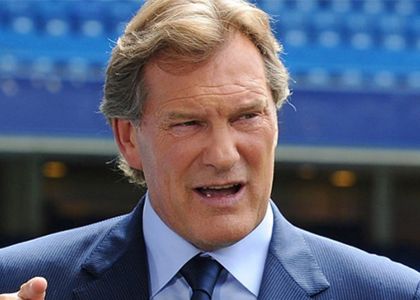 One of the most iconic footballers of his era, Glenn Hoddle was one of England’s most talented footballers. Inducted into the National Football Museum Hall of Fame in 2007, Hoddle was recognised for his sublime balance, extraordinary shooting ability and vision during his playing days. A fantastic football speaker, Glenn has experienced playing for some of the most revered clubs in the world as well as managing his nation through a World Cup, making him a highly desirable football speaker on the after-dinner speaker circuit.

Joining Tottenham Hotspur as a schoolboy apprentice on 1974, Hoddle made his first team debut aged 17 against Norwich City in 1975. A talented playmaker, Hoddle flourished under the management of Keith Burkinshaw before making his international debut as part of the England U-21 side in 1976 against Wales. Discussing topics such as overcoming adversity and realising ambitions as a football speaker, Glenn is an ideal personality to address both business and social environments alike.

The 1979–80 campaign heralded the emergence of Glenn Hoddle as a top-class player; the 22-year-old midfielder scored 19 goals in 41 league appearances and was awarded the PFA Young Player of the Year award at the end of the season. In 1981, he starred as Spurs won the FA Cup for the sixth time, defeating Manchester City in a replay and the following season Tottenham Hotspur retained the FA Cup. Hoddle performed as the midfield fulcrum in many of these successes and also contributed magnificently as the team reached the final of the League Cup and the semi-final stage of the European Cup Winners Cup. Hoddle’s involvement in the following three seasons was limited by a number of niggling injury problems but nevertheless Hoddle proved to be the architect behind the team’s 1984 UEFA Cup triumph. Between 1975 and 1987, the gifted playmaker scored 110 goals in 490 first-team matches in all competitions and in 1987, Hoddle also found himself in the pop charts, with the single Diamond Lights making the UK Top 20 in a duet with Spurs and England teammate Chris Waddle.

Hoddle announced in 1987 that he would be leaving Tottenham Hotspur at the end of the season to pursue a career overseas where he signed for AS Monaco and immediately inspired the club to the 1988 Ligue 1 championship and was voted the Best Foreign Player in French football. However, a severe knee injury curtailed his career at the highest level and in November 1990, the 33-year-old left the club by mutual consent having helped to improve the standing of English footballers in foreign countries. These injuries led to Hoddle turning his hand to management, a quest which began as a player-coach for Swindon Town followed by Chelsea.  His experiences in Europe and his dealings with adversity make for fascinating performances as a football speaker.

Making his first team debut for England in 1979 in Euro 80 qualifying tie against Bulgaria, Hoddle scored in the match and secured his place as an extremely talented and reliable figure in his national team. Also included in both the 1982 and 1986 World Cups, Glenn showed fundamental leadership skills, helping his team to successful placings in both tournaments. A highly desirable attribute for corporate clients, Glenn can relate his time playing for his nation with the management skills needed within a firm as a football speaker.

A hugely experienced and knowledge personality within football who commands great respect within the game, Hoddle is a wonderful addition to any event as a football speaker. A glittering career with success both as a player and manager make for a compelling and intriguing performance. Equally adept as an event host for functions, Glenn ensures your event runs smoothly whilst he instils a company’s key message during his time in front of the audience. Glenn Hoddle, a true English footballing legend is available as a football speaker at your event.

To book Glenn Hoddle to make a personal appearance at your corporate event, function or conference, simply contact the Champions Football Speakers agency by filling in our online contact form or by calling a booking agent directly on 0207 1010 553.