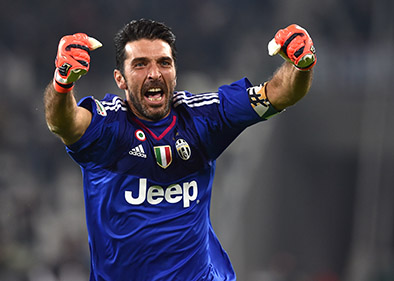 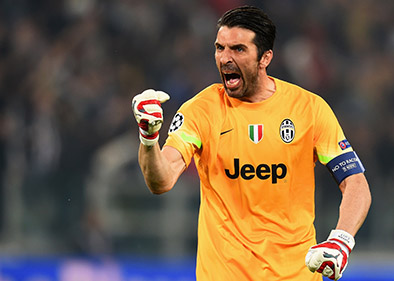 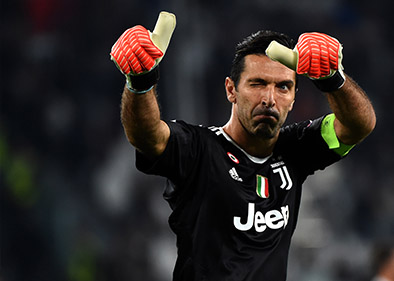 Gianluigi Buffon is a legendary Italian goalkeeper that is arguably one of the greatest players to have ever played the game. A Juventus and Italy legend that is and icon of football, Buffon is currently playing for Paris Saint-Germain at the staggering age of 40 and still performing at the highest level.

One of the most illustrious and decorated careers in the game, Buffon is a FIFA World Cup winner, an 11 time Serie A champion and winner of the inaugural Best FIFA Goalkeeper award. With an abundance of awards and accolades to his name, Gianluigi Buffon is an instantly recognisable figure that receives the greatest respect. A superstar of the game, Buffon holds the record for the most clean sheets in Serie A and with the Italy national team along with also holding the record for the longest streak without conceding a goal in Serie A history.

Regarded as one of the best players ever in his position, Gianluigi Buffon is often considered to be the archetype of the modern goalkeeper and has been cited by many other subsequent goalkeepers as a major influence and role model. It is no surprise that Buffon is one of the most sought after football speakers in the world and regularly appears at footballing events across the UK and Europe.

An agile yet strong commanding shot-stopper, who is hugely experienced at the highest level, Gianluigi Buffon has experienced everything within the game of football and epitomises consistency and class leaving a legacy that will live on forever.

As a football speaker, Gianluigi Buffon is able to discuss a plethora of life and football anecdotes. Able to eloquently discuss sport, media, business and life, all areas in which he has excelled, the Puma ambassador and political figure with tremendous business acumen, Gianluigi Buffon is a fountain of knowledge that is enchantingly interesting and intriguing. An aura that encapsulates the room, Buffon marvels guests with his staggering level of knowledge and expertise while speaking about management, leadership, motivation and inspiration during his work as a football speaker.

A winner and expert in his field, Buffon has won 26 trophies in his glittering career while breaking a monumental amount of awards through both his performances, consistency and longevity that have regularly defied odds. Gianluigi Buffon often shares hilarious stories garnered from an extensive career in addition to discussing peak performance and maximising success both of which resonate with all guests at events making all occasions where he performs truly engaging and encapsulating.

With 176 international caps, Buffon is the most capped player in the history of the Italy national team, the fourth-most capped footballer of all time, and the most capped European international player ever; Buffon also holds the record most appearances for Italy as captain allowing his to expertly share lessons and advice on leadership that will allow attendees to incorporate and utilise these skills with great effect in all walks of life. Buffon was named by Pelé in the FIFA 100 list of the world's greatest living players in 2004 and left Juventus having played over 500 games for the club.

The Yashin Award winner and UEFA Club Footballer of the Year, Buffon's list of accolades go on and on as does his impeccable reputation and honours. Once the most expensive player in the world, the imperious Gianluigi Buffon is available to hire as a football speaker for any event, dinner or function where his attendance is certain to raise the prestige of any occasion and ensure a mesmerising and truly unforgettable occasion.

When he's at corporate events, Gianluigi is known to cover the following topics:

To book Gianluigi Buffon as the football speaker for your corporate event, function or conference, simply contact the Champions Football agency by emailing footballagent@championsukplc.com or by calling a booking agent directly on 0207 1010 553.