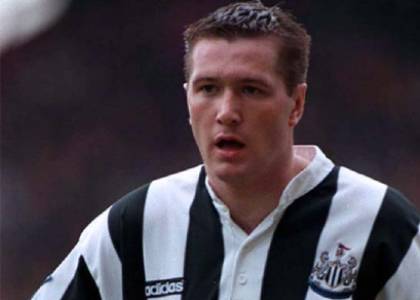 Steve Howey is a former professional footballer, England football coach and sports radio presenter. He is well known for playing as a centre back in the Premier League for Newcastle United, Manchester City, Leicester City and Bolton Wanderers. With a professional football career spanning 16 years, Steve has much to share about his journey in the football world.

Utilising his vast football experience, Steve presently works as a Premier League referee’s assessor in England and travels around the world with the Premier Skills initiative run by the Premier League where he coaches young aspiring coaches in developing countries. Recently, Steve played in the second series of Harry Heroes in 2020 alongside former England players against ex-internationals in a grudge match. His team was victorious against the German team with legends such as Steffen Freund and Thomas Hassler.

Beginning his professional career with Newcastle United in 1989, Steve initially played as a striker before he was switched to defence on the advice of Ossie Ardiles. During his time with Newcastle United, Steve played a significant role in Kevin Keegan’s First Division Championship-winning side in 1992/1993. He helped Newcastle United reach runners-up twice in the Premier League and FA Cup. In 2000 he transferred over to Manchester City in a £2,000,000 deal. Unfortunately, in his first season, Manchester City was relegated, however, by the second season Steve played an instrumental role in Manchester City’s return to the Premier League as First Division Champions. In his three seasons with Manchester United, Steve scored 11 goals leaving after his third season to join Leicester City. Within six months, Steve left to join Bolton, then moved on to play with New England Revolution where he had a short spell in the MLS.

Steve made the final appearance of his professional football career with Hartlepool United, retiring after 16 years in 2005. In his professional football career, Steve was capped four times by England and was part of the Euro 96 Squad. Since retiring he briefly managed Crook Town and was head coach at East Durham College Football Development Centre. Steve also worked as a sports radio presenter on Total Sport for BBC Radio Newcastle.

Steve Howey has had a remarkable professional football career playing for famous clubs including Newcastle United, Manchester City and Leicester City. Despite his retirement, he has continued to challenge himself with new roles as manager, head coach, sports radio presenter, and mentor for Premier Skills. With a multifaceted knowledge of football, Steve is a highly accomplished speaker to book.