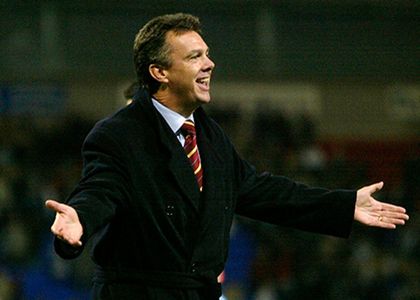 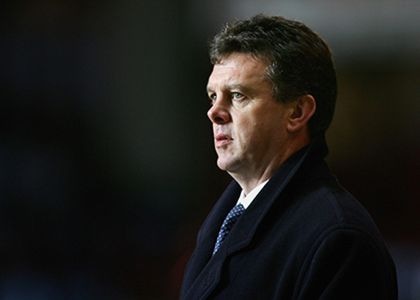 David O’Leary, the Irish footballer, manager and football speaker was born in London before his family moved to Dublin when he was three. He played for Dublin junior side Reds United before signing for Arsenal as an apprentice in 1973. O’Leary immediately impressed and progressed through the ranks at Arsenal at a rapid rate, playing for the reserves at 16 and making his debut for the first team in August 1975. He went on to play 30 first team games in that season.

O’Leary was a constant presence at centre half for Arsenal for the best part of a decade, an elegant and stylish player, with a preferred style to pass the ball out of defence, unlike most defenders in English football at the time. O’Leary was a key member of Arsenal’s 1979 FA Cup winning team, when they defeated Manchester United in the final.

Arsenal and O’Leary won the 1991 League Championship and won the League and FA Cup double in 1993. At the end of the 1992/93 season David O’Leary moved to Leeds United on a free transfer ending a 20-year association with Arsenal. He made 722 first team appearances scoring 14 goals and in a 2007 poll conducted by Arsenal’s website, O’Leary was voted number 14 in their all-time top 50 players.

In his first season at Leeds, O’Leary played regularly until he suffered an Achilles injury. This injury ruled him out for the rest of the season and also kept him from playing in the following season. He retired in September 1995 at the age of 37, having played only 14 games for Leeds.

In 1996, David O’Leary was named as assistant manager at Leeds, he remained in this position for two years until the then Leeds manager, Graham left to take over as manager of Tottenham Hotspur. As a result, O’Leary was appointed to first team manager and led Leeds to fourth place in his first season in charge.

The following season he led Leeds to third in the league and achieved qualification to the UEFA Champions League. Leeds also progressed to the UEFA Cup Semi Final where they lost out to Galatasaray. The next season was the highlight of O’Leary’s managerial career as Leeds reached the semi-final of the Champions League, however eventually ended up losing to Valencia.

David O’Leary came under increased pressure due to a book he wrote entitled ‘Leeds United on Trial’ which documented a year at Leeds United but also focused on the court trial of Leeds players Lee Bowyer, Jonathan Woodgate. This book alienated a large section of fans and more importantly Leeds Chairman Peter Ridsdale. O’Leary was sacked by Ridsdale in June 2002.

In June 2003, he was appointed manager at Aston Villa and in his first season Villa finished 6th and in the following seasons they finished 10th and 16th respectively, his contract was terminated by Villa owner Doug Ellis.

His next job took him to the United Arab Emirates and to a club called Al Ahli, his final managerial job. David O’Leary is now an occasional TV pundit for Al Jazeera’s Premier League coverage and has also done some pundit work for BT Sport’s Premier League games.

A colourful and diverse career both as a player and manager, David O’Leary possess an abundance of knowledge and fascinating insight into football and provides various tales and anecdotes from his time in the game along with vital information with regards to management and leadership which is delivered in extremely motivational fashion. A tremendous football speaker ideal for any football event.

To book David O'Leary to make a personal appearance at your corporate event, function or conference, simply contact the Champions Football Speakers agency by filling in our online contact form or by calling a booking agent directly on 0207 1010 553.