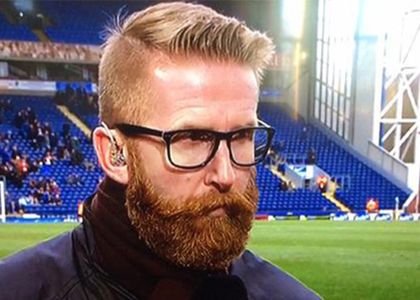 Iwan Wyn Roberts is a former professional footballer, most notably for Norwich City, Leicester City & Wolverhampton Wanderers in the Premier League although he has also played for a number of lower division teams such as, Watford, Huddersﬁeld, Gillingham & Cambridge United. He was elected into the Hall of Fame at Norwich City FC and has a great reputation in the East Anglia region.

Iwan Roberts began his professional career at Watford, when he initially joined as a trainee before signing his first professional contract in July 1986, shortly after his eighteenth birthday. Roberts scored nine goals in 63 games for the Hornets before moving to Huddersfield Town prior to the start of the 1990–91 season. Immediately impressing upon arrival and continuing his form throughout his time at the club in which he scored 54 goals, Roberts’ performances were noticed by a number of clubs leading to a transfer to Leicester City. Roberts scored 41 goals in 100 league games for Leicester and was part of the team that won promotion to the Premiership via the play-offs at the end of the 1993–94 and 1995–96 seasons. He is well remembered for his hat-trick against Leicester’s arch-rivals Derby County at Filbert Street in April 1994, and is still to this day the subject of a popular chant amongst Leicester City fans.

A short spell at Wolverhampton Wanderers which Roberts says he did not really enjoy was followed by a move to Norwich City. Initially Roberts struggled, a lack of fitness led to under performance and huge scrutiny however after an unrelenting training schedule during the off season, Roberts returned in peak physical condition prepared for the new season. The following season saw Roberts finish as the club’s leading goal scorer with 23 goals in 51 games and being named Norwich fans Player of the Season. In the 1999–2000 season he was again the club’s leading scorer producing 19 goals in 49 games and retaining the Player of the Season award. Roberts’ final season at Norwich would come in the 2003-04 season where Norwich Citysecured promotion to the Premier League. Iwan’s successes and setbacks while at Norwich are a centre point of his performances as a football speaker articulating the dedication and requirements to perform at the highest level and the satisfaction of succeeding and reaping the rewards of hard work.

Known as a powerful header of the ball and therefore often used as target man throughout his career, Roberts ended his career playing briefly for Gillinghamas a player coach and finally Cambridge United. Iwan’s hard work, professionalism and talent was rewarded with regular call-ups to the Welsh squad where he earned 15 caps. One particular game led to a book which was  published in 2004 “All I Want For Christmas…..”  The book proved to be hugely controversial and gained huge media and public interest and scrutiny yet was praised by critics. The stories and controversies in the book are often spoken of in great depth at events at which Roberts is a football speaker.

Since retiring in 2005 Iwan has done a vast amount of media work. He is ﬂuent in Welsh and as a result a lot of his media work is with BBC Wales, Radio Cymru and Sky Sports. Iwan is known for his professionalism and has some wonderful stories for footballing fans of all clubs and nations. Ideal for schools, radio, television, events, columnist & blogger, Iwan Roberts is available as a football speaker for any event.

To book Iwan Roberts to make a personal appearance at your corporate event, function or conference, simply contact the Champions Football Speakers agency by filling in our online contact form or by calling a booking agent directly on 0207 1010 553.