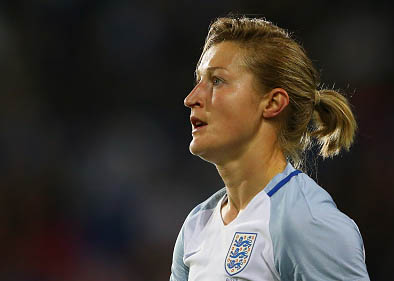 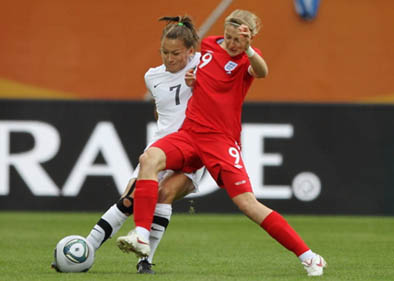 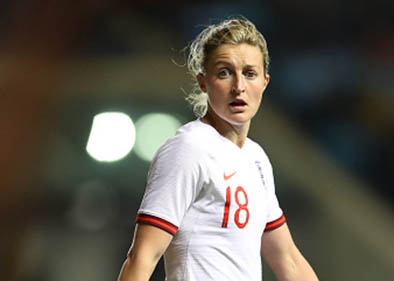 Ellen White began her footballing career at her local club, Aylesbury Town before being noticed by Arsenal scouts for her ability at the age of just 8.  Working her way up the youth ranks, she later left Arsenal for London rivals spending some time at Chelsea and Leeds United before returning to Arsenal and going on to win three league titles and two FA Cups. Following the successful three years at Arsenal, White took on a new challenge at Notts County later moving on to Birmingham City where she scored the winning penalty to take them to the 2017 FA Women’s Cup Final. As of 2019, Ellen White announced she would join Manchester City becoming the second player in WSL history to reach 50 goals and going on to become the all-time top goal scorer in the WSL

Alongside her successful domestic career, Ellen White has enjoyed over a decade as a staple player in the England national team. She progressed her way through the ranks from the youth level to the senior team making her debut in 2010. Ellen White did not disappoint after being selected in the squad for the 2011 FIFA Women’s World Cup squad and being voted as England Women’s Player of the Year. After being called up for several more major tournaments, more success came Ellen White’s way when she finished as a joint top goal scorer and became the England Women’s all-time top World Cup scorer at the 2019 Women’s World Cup. Shortly after making her 100th cap at the international level, White became England Women’s record goal scorer. 2022 saw England victorious in the Euros where Ellen consistently put in quality performances, playing as a forward alongside Nikita Parris and on the pitch with Team Captain Leah Williamson and iconic midfielder Jill Scott. Following the team's success, they received the profound Inspiration Awards at the 2022 Pride Awards.

A recorder breaker, Ellen white is held in high regard as part of both the Manchester City and England Lionesses squad. She is a natural-born professional with an eye for goal. Ellen White is available to book now via Champions Football Speakers.

To book Ellen White to make a personal appearance at your corporate event, function or conference, simply contact the Champions Football Speakers agency by filling in our online contact form or by calling a booking agent directly on 0207 1010 553.