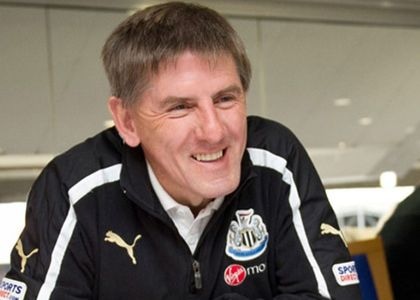 A leading English footballer who played as a forward or midfielder both domestically and internationally with a career spanning over two decades, Peter Beardsley played for a number of leading football clubs and has branched out into managerial roles, a testament to his knowledge and reputation as a leading figure within the sport. A terrific football speaker, Beardsley multiple decades in football have allowed him to gain a tremendous reputation as a highly engaging football speaker on the after dinner speaker circuit.

Beginning his career at Carlisle United in 1978, Beardsley helped the side to promotion from the Scottish Second Division, scoring 22 goals in 104 league games during his time at the club. After a short spell at the Vancouver Whitecaps and Manchester United in 1982, Peter Beardsley was signed by Newcastle United for £150,000.

The pace, incisiveness and skill Beardsley brought to Newcastle’s game made him an instant hit with Newcastle supporters. Peter’s initial season was a huge success, he made an immediate impact scoring 20 goals and setting up a strong partnership with Kevin Keegan. Newcastle United finished that season in the final promotion place behind Chelsea and runners-up Sheffield Wednesday. As a football speaker, Peter Beardsley talks of the drive and determination needed to maximise success at any opportunity and achieve peak performance consistently.

After four seasons at Newcastle, Beardsley moved to Merseyside after a record £1.9 million transfer fee was agreed by Liverpool manager Kenny Dalglish. Joining the side the at the same time as John Barnes, Peter Beardsley tore Arsenal apart on his debut, winning the match 2-1 and showing clearly highlighting his side’s intent for the remainder of the season. Beardsley enjoyed a longstanding career with the club, consistently featuring as a reliable goal scorer for the club, winning many titles and trophies along the way. Peter accumulated a total of 175 appearances for Liverpool, scoring 59 times during the period, however Beardsley is remembered for his guile and vision on pitch, making him a favourite with the side’s faithful.

In a career spanning 799 games and 238 goals in all competitions, Peter’s record is considerable in light of the fact that he was seen to be more of a playmaker than outright goal scorer. During such an illustrious career, Beardsley won 8 trophies, the majority coming during his time with Liverpool to go with three Rous Cupcup triumphs with England. Named in the PFA Team of the Year on four occasions and inducted into the English Football Hall of Fame in 2007, a testament to his wonderful career and ability.

A wonderful football speaker, Peter Beardsley has also acted as a manager in football. The former England assistant manager and Newcastle United manager, Beardsley describes his time at the top in football through a mixture of anecdotal tales and invaluable advice for any aspiring footballers. Engaging and forever intriguing, Peter has the ability to talk to both social and business environments alike on a number of subjects thanks to his flexibility of his content. A true legend who is certain to make a magnificent impression on any audience, Hall of Fame inductee, Peter Beardsley is available to hire for any event or function as a football speaker.

When at corporate events, Peter is known to cover the following topics:

To book Peter Beardsley to make a personal appearance at your corporate event, function or conference, simply contact the Champions Football Speakers agency by filling in our online contact form or by calling a booking agent directly on 0207 1010 553.