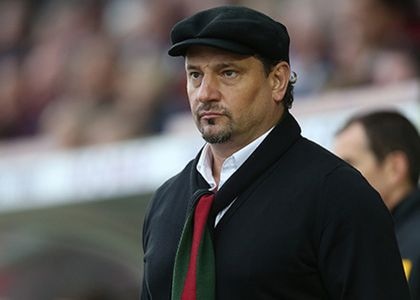 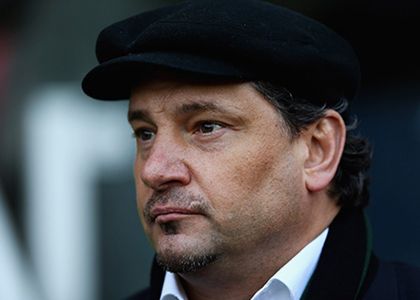 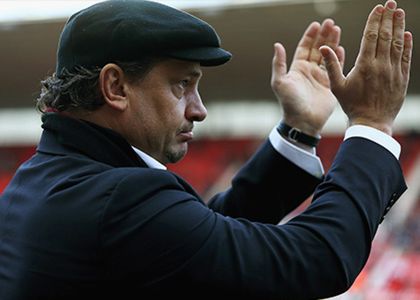 Ex-Professional football player Dean Holdsworth is a popular addition to the event circuit as a football speaker due to his prolific and popular career. During a career that spanned 22 years, Holdsworth was a part of the famous “Crazy Gang” at Wimbledon FC during the 1990s which included the likes of Vinnie Jones and Dennis Wise.

A powerful striker, Holdsworth scored 193 goals across 610 league appearances for 16 different teams, enjoying the bulk of his scoring success with Brentford, Wimbledon and Bolton Wanderers across the late 80s, early 90s. Now performing as a formidable after dinner speaker, Dean Holdsworth is proving to be a popular addition to all events as a football speaker.

Holdsworth gained a number of personal accolades both personally and as part of a team in 1991-92 he was a crucial figure in the Football League Division Three championship winning team and went on to be named in the PFA Team of the Year. As a player Holdsworth went on to win the same trophy in 2002-2003 this time for Rushden and Diamonds. Holdsworth was a popular player and a prolific striker during his playing career and enjoyed a successful playing career. He retired from playing in 2008 to pursue a role in management, a career path he has had a taste of at Derby County in 2005 as an assistant manager.

Dean Holdsworth managed 5 teams and experienced a number of successful campaigns during that time. Holdsworth was prolific in his time as manager at Newport County he was awarded Conference South Manager of the Month on 4 occasions before eventually being named Conference South Manager of the Year Award after Newport Countysecured promotion to the Conference North with a record 103 points and a staggering 28 points ahead of second place. Holdsworth also went on to manage Aldershot Town, Chelmsford City and Brentwood Town before leading a consortium to purchase Bolton Wanderers, announcing himself as chief executive at the club soon after the takeover before moving over to a director’s role.

A goal and an appearance for the England B team is the extent of Dean Holdsworth’s International exploits. Nearing the end of his playing career, his last professional club of Redbridge employed him as a player-manager role, which he left at the end of the 2007-08 season to undertake managerial duties with Newport County. Eventually taking control of 4 clubs across English leagues, Holdsworth has found himself as an ever-popular addition as a football speaker; a bold character whose tales of the “crazy gang” would make for a hilarious event for anyone, he connects with the audience in an approachable and amiable manner.

Former chairman of the PFA and founder of the NLFA, Dean Holdsworth has a passion to ensure the game of football is well preserved and continues to develop across all aspects, passion which shines through during his role as a football speaker. These qualities help him deliver eloquent and expressive performances as an after-dinner speaker, creating the perfect atmosphere to convey his stories and feelings to the audience members. A motivational football speaker with an extended football knowledge, the addition of Dean Holdsworth at your event is sure to give it an edge that the attendees will remember.

A vibrant and highly intriguing figure who truly has enjoyed experiences in all facets of football from player, manager, chief executive and owner of football clubs, Holdsworth really does have a unique understanding and knowledge base within football and all of this entwined with the colourful stories from his playing days make Dean a fantastic football speaker for your event.

To book Dean Ashton to make a personal appearance at your corporate event, function or conference, simply contact the Champions Football Speakers agency by filling in our online contact form or by calling a booking agent directly on 0207 1010 553.