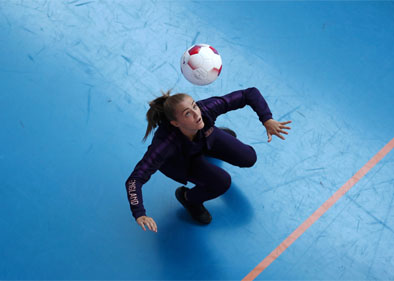 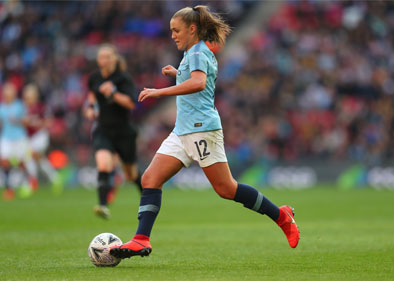 Georgia Stanway is an English professional footballer who plays as a forward and an attacking midfielder at Bayern Munich and the England national team. Voted as PFA Women’s Young Player of the Year, Georgia is one of the youngest team members of the England squad at only 20 years of age and has been considered one of the best attacking midfielders of her generation.

Georgia began her career at Blackburn Rovers in 2014, originally as part of their youth team and eventually their senior team throughout the FA Women’s Premier League. In 2015, Stanway signed for Manchester City and made her debut in the Continental Cup against Durham. Her talent was recognised by many throughout her 2018-19 season at Manchester City and was awarded the Women’s Young Player of the Year. Remaining at the club for 8 years, Georgia made 94 appearances at the club before transferring to Bayan Munich in May 2022.

After captaining the England U17 squad to third place in the 2016 Women's Euros, Stanway played a key role in the U20 World Cup, scoring a staggering six goals leading to her call-up to the senior team. Georgia made her debut against Austria in a 3-0 friendly, scoring one of the victory goals. Playing to an incredibly high standard throughout her games allowed Georgia to be selected as one of the five strikers in the Great Britain Olympic Women's team and was a key player in the Euro 2022 squad which went on to win the tournament, playing as a midfielder alongside Fran Kirby, Jill Scott and Team Captain Leah Williamson. Following the team's success, they received the profound Inspiration Awards at the 2022 Pride Awards.

Georgia Stanway has become an inspiration to many as she has been able to prove that even though she is young, she can still be professional and worthy of a place on successful football teams. As the England Lionesses came first in the finals of the Women's Euros, Georgia has proven that she can remain calm under pressure at perform to a high standard whenever the team needs her. As a knowledgeable footballer, Georgia is now attending events where she will speak on topics including leadership, resilience and performing under pressure.

To book Georgia Stanway to make a personal appearance at your corporate event, function or conference, simply contact the Champions Football Speakers agency by filling in our online contact form or by calling a booking agent directly on 0207 1010 553.