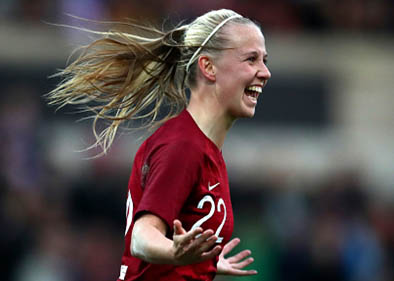 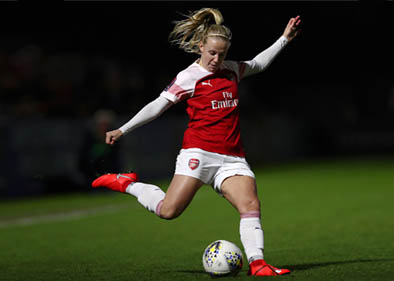 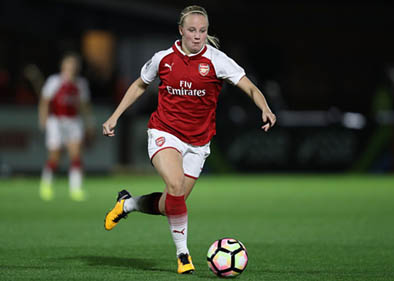 One of England International’s major team players, Beth Mead, is an incredible footballing talent that currently plays as a forward for Arsenal. She has represented England for 12 years, starting from the under-15 team and is now part of their senior team. Beth is attending events where she will speak about topics such as performing under pressure and how she has been able to deal with adversity throughout her football career.

Beginning her career signed to Middlesbrough FC, Beth started her senior career in 2011, when she signed for Sunderland. During her time at Sunderland, she made some important football decisions, such as scoring in the shock Sunderland win over reigning champions Liverpool and then in 2015, scoring a hat-trick against league leaders Chelsea. This series of events made Beth the league-leading scorer with eight goals and put Sunderland at the top of the WSL 1 leader board. As Beth's skills advanced, she signed for Arsenal where she has been a valued part of the team and has scored 88 goals since being at the club.

A truly impressive and powerful player, Beth was chosen to be part of the England Lionesses in 2018. Since beginning her career in England in 2010 on the under 15s team, Beth proved her dedication to the team and her talent allowed her to work her way up to become part of the senior team. Her performance at the club has been admired by many, scoring 28 goals in 44 appearances. In 2022, Beth was a major part of the UEFA Women's Euro 2022 squad earning player of the tournament and winning the golden boot, playing as a forward alongside Nikita Parris and Ellen White. Following the team's success, they received the profound Inspiration Awards at the 2022 Pride Awards.

Beth Mead has become an inspiration for both women and men aiming to reach their goals. Beth has been able to build a career in an industry highly stereotyped, proving that her talent is what has made her gain success in football. After England came first at the finals of the UEFA Women's Euros, Beth is continuously being challenged by the high standards of the footballers she is playing against, and the skills and knowledge she has gained are what have allowed her to take her career to the next step.

To book Beth Mead to make a personal appearance at your corporate event, function or conference, simply contact the Champions Football Speakers agency by filling in our online contact form or by calling a booking agent directly on 0207 1010 553.