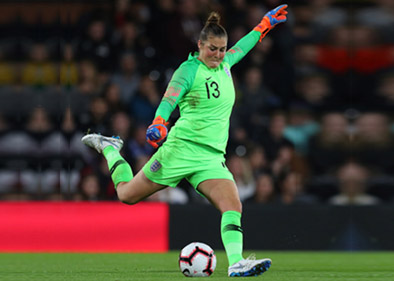 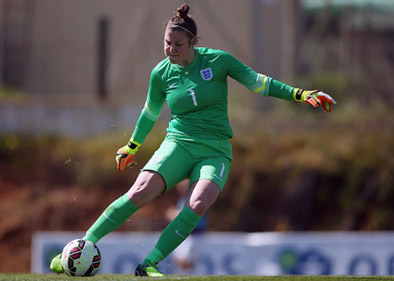 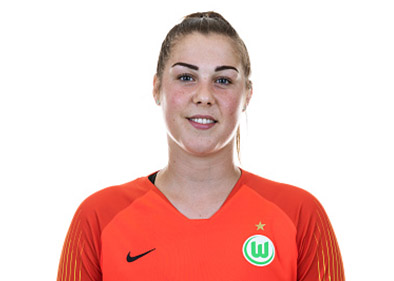 Best known for being part of the Women’s England International team, Mary Earps is a professional English footballer who plays as a goalkeeper. She has been part of numerous FA WSL clubs such as Bristol City, Birmingham City, Doncaster Belles, and Reading. She also played abroad, spending a year at Vfl Wolfsburg currently plying her trade at the world-famous Manchester United.

Starting off young, Earps was promoted to Leicester City WFC's first team squad, proving competition for regular goalkeeper Leanne Hall. At 18 years old, Doncaster Rovers Belles signed Earps for the start of the new 2011 season. She played for Doncaster Rovers Belles regularly in the second part of the 2011 season and was offered the opportunity to play for Coventry City on loan during the off-season. After spending another season with Doncaster, Earps joined the Birmingham City squad for the 2013 season, and in November, made her UEFA Woman's Champions League debut at St. Andrew's stadium. However, Earps decided to join Bristol City in 2014 where she flourished and played all but one of the team's matches in 2014 and 2015, but at the end of her second season, she left for Reading where she earnt a spot in the PFA Team of the Year. Following this, Mary moved abroad to Germany where she signed for the defending Bundesliga champions Vfl Wolfsburg making her debut in an 11-0 victory over Hannover 96. After a year, Mary returned to the UK to sign for Manchester United where she has been since 2019.

Earps has represented England in the under-17, under-19 and under-23 national teams and in 2017 won her first senior cap in a victory over Switzerland. The England senior national team called her up for the 2014 FIFA Women's World Cup qualification match and was also asked to return to the squad in September 2015 for UEFA Women's Euro 2017 qualifying match against Estonia, which the squad won. In 2019, Earps was named in the FIFA Women’s World Cup squad where England placed fourth. Following the Introduction of Sarina Wiegman as the England manager, Mary Earps has become the first-choice goalkeeper and was a key player throughout England’s winning UEFA Women’s Euro 2022 campaign, playing alongside famed players such as Nikita Parris, Jill Scott, Leah Williamson, Rachel Daly and Lucy Bronze. Following the team's success, they received the Inspiration Awards at the 2022 Pride Awards.

An inspiring figure in the sport, Earps is a regular starter in the England national team. Her commanding voice is often heard from the stands along with her pitched presence which is relatively unmatched. Mary Earps is available to book now via Champions Football. Get in touch today!

To book Mary Earps to make a personal appearance at your corporate event, function or conference, simply contact the Champions Football Speakers agency by filling in our online contact form or by calling a booking agent directly on 0207 1010 553.