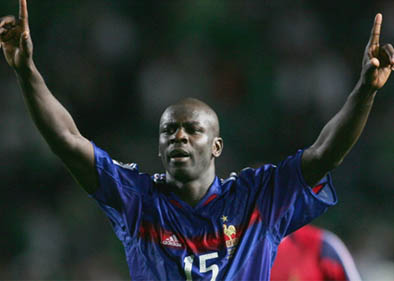 Ruddy Lilian Thuram is a French retired professional football defender and the most capped player in the history of the France national team with 142 appearances between 1994 and 2008.

Thuram played at the top flight in France, Italy and Spain for over 15 seasons, including ten in Serie A with both Parma and Juventus. With France, Thuram won the 1998 FIFA World Cup and UEFA Euro 2000, and was in the runner-up squad for the 2006 World Cup.

A quick, powerful and versatile player, he was capable of playing both as a centre-back or as a right-back, and was competent both offensively and defensively. Despite his physical and aggressive playing style, Thuram has been described as a "studious" figure off the pitch; in 2010, he became a UNICEF ambassador and has stood out for his initiatives to fight against racism.

To book Lilian Thuram to make a personal appearance at your corporate event, function or conference, simply contact the Champions Football Speakers agency by filling in our online contact form or by calling a booking agent directly on 0207 1010 553.