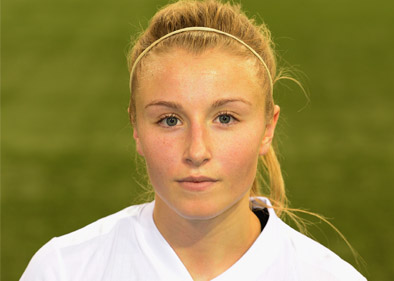 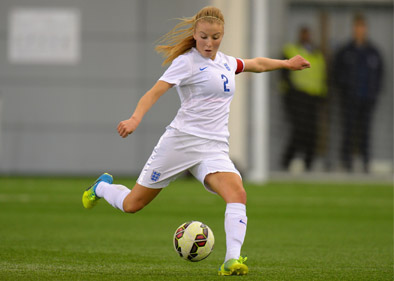 Currently playing for Arsenal WFC, Leah Williamson is also the Captain of the England Lionesses. Since starting her career at the England U15 team, she has been able to advance her skills and build an admired career within the football industry. She is renowned for her commitment to Arsenal as she has been part of the team since 2014. When booked for events, Leah will speak about her journey since becoming part of women's football and how she has worked her way up to become a key part of two successful teams.

Joining Arsenal’s Centre of Excellence in 2006, Leah progressed throughout the age groups to finally make her senior team debut at the UEFA Women’s Champion League Quarter-final in 2014. She made her FA WSL debut against Notts Country and then went on to win her first major title, the 2014 FA Women’s Cup. Leah has also been part of the England teams since 2011 and has continued to prove her commitment to the team. After her notorious performance in the UEFA Under-19 Championship in 2015, she is now the Captain of the England Lionesses who came first in the finals of the UEFA Women's Euros.

Leah has become a crucial part of any team she is part of and after making 12 appearances in the 2014 FA Women’s Super League at Arsenal, she was awarded Player of the Year. Recognised for her dedication and drive, Leah was also awarded ‘England Youth Player of the Year’ in 2014 and ‘PFA Young Women's Player of the Year; in 2015. These awards evidence the talent that allowed her to become the Captain of England's national team. Most recently, Leah has captained the Lionesses to the victory of Euro 2022. Following the team's success, they received the Inspiration Awards at The Pride Awards. In 2023, Leah was appointed OBE in the New Year Honours for Services to Association Football.

A national treasure, Leah Williamson has become an incredibly talented footballer and was part of the winning England Lionesses team, coming first in the UEFA Women's Euros. She has become a valued player in the Arsenal Women's team and her eight years at the club have been greatly beneficial for her career. When looking for a speaker who can share their knowledge and experiences of the sporting industry with an audience, look no further than Leah Williamson.

Book Leah Williamson as your female inspirational speaker and football speaker for school events, sporting events, corporate engagements and product launches. To get in touch, simply contact the Champions Football Speakers agency by filling in our online contact form or by calling a booking agent directly on 0207 1010 553.