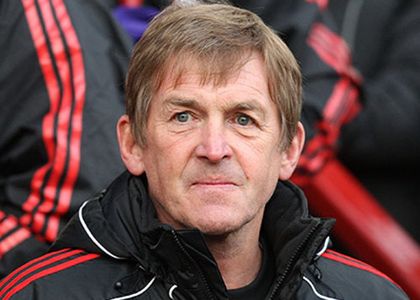 Scottish football speaker, footballer and manager Kenny Dalglish MBE is known as one of Liverpool’s longest serving revered players who, following his retirement, also spent several years managing the team. Dalglish won the Ballon d’Or Silver Award in 1983, the PFA Players’ Player of the Year in 1983, and the FWA Footballer of the Year in 1979 and 1983. In 2009, FourFourTwo named Dalglish as the greatest striker in post-war British football and Liverpool fans voted Kenny Dalglish as the number one Players who shook The Kop.

Dalglish began his career with Celtic in 1971, going on to win four Scottish First Division titles, four Scottish Cups and one Scottish League Cup with the club. In 1977, Liverpool manager Bob Paisley paid a British transfer record of £440,000 (£2,509,000 today) to bring Dalglish to Liverpool Football Club. His years at Liverpool were among the club’s most successful periods, as he won six Football League First Division titles, two FA Cup trophies, four League Cups, seven FA Charity Shields, three European Cups and one UEFA Super Cup. For these achievements and his style of play he was given the name King Kenny by Liverpool supporters. Dalglish became player-manager of Liverpool in 1985 after the resignation of Joe Fagan, winning a further three First Divisions, two FA Cups and four FA Charity Shields, before resigning from Liverpool in 1991.

Dalglish speaks of his time at Liverpool both as a player and manager with great pride and shares a host of tales and anecdotes about the glory days at Liverpool, a period in which is among the most decorated in the history. His wealth of knowledge and experiences from such a glittering and distinguished career provide an insight into a truly successful footballing personality.

Eight months later Dalglish made a return to football management with Blackburn Rovers, whom he led from the Second Division to win the Premier League in 1995. Soon afterwards he stepped down as Blackburn manager to become Director of Football at the club, before leaving altogether in 1996. In January 1997 Dalglish took over as manager at Newcastle United. Newcastle finished runners-up in both the Premier League and FA Cup during his first season, but they could only finish 13th in 1997–98, which led to his dismissal the following season. Dalglish went on to be appointed Director of Football at Celtic in 1999, and later manager, where he won the Scottish League Cup before an acrimonious departure the following year.

Now a dedicated sports speakers, Kenny Dalglish has received praise for both his footballing career and subsequent charity work, awarded an MBE in 2009 and in 2011 Ulster University gave him an honorary degree for his services to football, charity and national identity.

Dalglish is a popular sports speaker, his presence is frequently requested at specialist football events, at award and opening ceremonies as well as at charity and fundraising events. In partnership with his wife Marina Dalglish MBE Kenny has worked to raise money for cancer research charities, following Marina’s own diagnosis and recovery from breast cancer in 2003. As a football speaker, Dalglish not only relives the pride and excitement of his footballing glory but also shares with audiences some of the tools of leadership and motivation he used to get the best out of his players and team mates.

Outside his work as a football speaker Kenny Dalglish now works as a non-executive director of Liverpool FC. A Scottish Hall of Fame inductee for his service and 102 appearances and 30 goals. Dalglish was also inducted into the English Football Hall of Fame and . Kenny Dalglish is the epitome of a footballing legend and icon, the FWA Tribute Award winner is available to book as a football speaker at any event, his addition is certain to make for an unforgettable event.

To book Kenny Dalglish to make a personal appearance at your corporate event, function or conference, simply contact the Champions Football Speakers agency by filling in our online contact form or by calling a booking agent directly on 0207 1010 553.

To book Kenny Dalglish to make a personal appearance at your corporate event, function or conference, simply contact the Champions Football Speakers agency by filling in our online contact form or by calling a booking agent directly on 0207 1010 553.