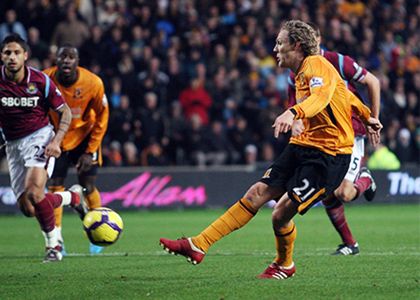 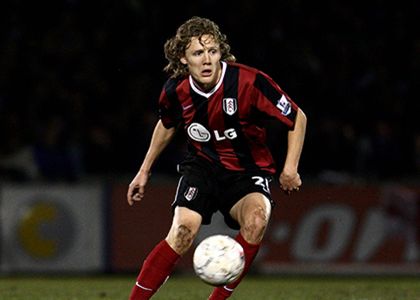 James ‘Jimmy’ Bullard is a former English footballer who played as a midfielder, manager and football speaker. Bullard’s most recent post in football was as manager of Leatherhead. An incredibly talented and gifted midfielder plagued by injury, Jimmy Bullard is now an extremely popular TV personality, pundit, event attendee and tremendously sought after football speaker.

Jimmy Bullard started his career in non-League football with amateur club Corinthian before moving to Dartford, where he made 26 appearances in the 1997-98 season. He then moved to Gravesend & Northfleetbefore being signed by the club he supported as a boy, West Ham United for a fee of £30,000 in 1999. Bullard however did not manage to break into the team and as a result was given a free transfer at the end of the 2000–01 season. Following a three-week trial, he signed for Peterborough United where he first made a name for himself, scoring 11 goals in 62 league starts. Bullard’s impressive performances earnt him a move to Wigan Athletic for £275,000 in January 2003.

At Wigan Athletic Bullard commanded the midfield and scored ten crucial goals in his 145 league appearances and was a fundamental figure in the club’s first promotion to the Premier League. Bullard was known for being a passionate leader on the pitch and for in particular for his funny antics, playing football with a smile throughout his career. Paul Jewell described Bullard as the heart and soul of the dressing room.

A transfer to Fulham in 2006 followed, a period which Bullard is probably best known for during his playing career. Impressing immediately and making a monumental impact, just three games into his career at Fulham, Fulham boss Chris Coleman hailed Bullard as “the best £2million we’ve ever spent.”

On 9 September 2006, Bullard dislocated his kneecap in a match against Newcastle United. This injury was thought to keep him out for six to eight weeks. However three days later it was revealed that Bullard would in fact be out for up to nine months with cruciate knee ligament damage. Bullard’s recovery took even longer than anticipated and brought a huge psychological strain and challenge which he discusses in his work as a football speaker. Bullard then came on as a half time substitute in a 2–1 win against Aston Villa on 3 February, setting up the equaliser then scoring the winning goal from a 25-yard free kick and winning the man of the match award. He scored an identical free kick weeks later, to rescue a point against Blackburn Roversand keep Fulham’s hope of Premier League survival alive, a feat they achieved inspired by the return of Bullard.

After failing to agree a new contract with Fulham, Bullard moved to Hull City in 2009. Since his retirement, Bullard claimed that Hull City presented him with a contract containing a “misprint” for 15,000 pounds per week more than what Bullard said was the originally agreed salary of 40,000 pounds per week and he signed on knowing that it was a “misprint.” This story is hilariously told during his performances as a football speaker.

Plagued by injury once again during his time at Hull City, a loan move to Ipswich Town commenced in 2011 where he scored on his debut. Jimmy later moved permanently to Ipswich and ended his career at Milton Keynes Dons. On 1 October 2012, Bullard retired from professional football because problems with his knees meant he was unable to keep up the playing demands of up to two games a week.

Following his retirement as a player, Bullard managed Leatherhead and became a very popular media personality and pundit largely down to his witty nature and affectionate personality. Bullard has made a number of appearances as a pundit for BT Sport and the BBC along with working on Soccer AM. Bullard won the hearts of the nation in the jungle when he was a contestant on hit ITV show I’m a Celebrity…Get Me Out of Here! dramatically increasing his popularity and demand as a football speaker.

An incredibly entertaining personality who was a wonderfully gifted footballer, Jimmy Bullard’s playing career was tainted by injury however since retiring he has gone from strength to strength showcasing his tremendous mindset, versatility and popularity. Bullard speaks of the trials and tribulations he experienced as a player during his performances as a football speaker along with sharing hilarious tales and anecdotes from an action-packed career in football. An incredibly infectious and entertaining personality, Jimmy Bullard is available to hire as a football speaker and is certain to be a fantastic addition to any event or function.

To book Jimmy Bullard to make a personal appearance at your corporate event, function or conference, simply contact the Champions Football Speakers agency by filling in our online contact form or by calling a booking agent directly on 0207 1010 553.