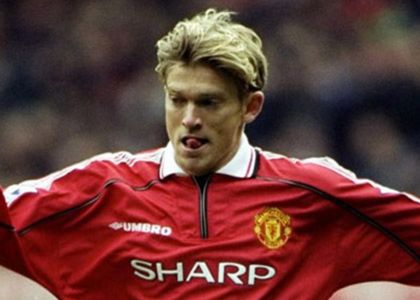 Swedish football expert, Lars Jesper Blomqvist is a former footballer who played in the position of left winger. A member of the 1999 Manchester United treble winning team and Swedish International with 30 caps and an integral part of the third place Sweden team at the 1994 FIFA World Cup.

Most recently in his career, he was the assistant manager of Superettan side Hammarby from December 2009 to November 2010. Blomqvist played for IFK Goteborg, where he won four straight Allsvenskan League titles between 1993 to 1996. Blomqvist also played at prestigious Premier League club Manchester United, where he was a part of the team the won the treble in 1999, consisting of the Premier League, FA Cup and UEFA Champions League.

After Blomqvist’s success at Manchester United, he signed for Charlton Athletic in 2002 and only appeared three times, due to injury. Blomqvist returned to his native country, Sweden and continued his career there. Struggling with injury, Blomqvist signed a short-term deal with Djurgardens IF where he went on to play a part in a side that became Swedish champions that year. Injury problems however, had restricted him to appear in only nine league appearances. As during his spell at Manchester United, he remained at the club for another two seasons, before finally deciding to retire due to injury in 2005.

Blomqvist joined Enkopings SK as a coach in 2008 and amazingly went on to make a playing return in the Superettan, the second tier of Swedish football. Ironically, a massive shortage of players led to Blomqvist returning to playing football. The player shortage was highlighted and heightened when Blomqvist was sent off in the second game he played for the club. In September of 2008 Blomqvist scored his first professional goal in five years in a 1-0 win against IK Sirius.

In total Blomqvist made ten appearances. Shortly after this, Blomqvist left Enkopings SK and later signed a contract with Hammarby IF as assistant manager to Michael Borgqvist. In 2012, Blomqvist effectively retired as a footballer by focussing on his civilian career. He then initiated studies in commerce.

Now a football speaker, Jesper Blomqvist is a considered Swedish pundit and regularly does work for Swedish station TV4. Blomqvist dedicated his whole life to football and enjoyed a fantastic playing career. He is still a respected player in Sweden and is considered a football expert, Blomqvist is still one of the most influential Swedish international players to this day.

Blomqvist is an example of what sheer determination and commitment can get you, a true inspiration, Blomqvist is available as a football speaker for your event. A charismatic and compelling personality with a host of tales and anecdotes to share regarding his illustrious and diverse football career, Blomqvist is certain to provide a fascinating insight into the world of global football and success personally and collectively as he fondly reminisces on an unforgettable World Cup campaign. Inspirational, motivational and hugely entertaining, Blomqvist has also competed in and won the celebrity dance show Let’s Dance 2017 on TV4. Blomqvist is a wonderful addition to any event as a football speaker.

To book Jesper Blomqvist to make a personal appearance at your corporate event, function or conference, simply contact the Champions Football Speakers agency by filling in our online contact form or by calling a booking agent directly on 0207 1010 553.