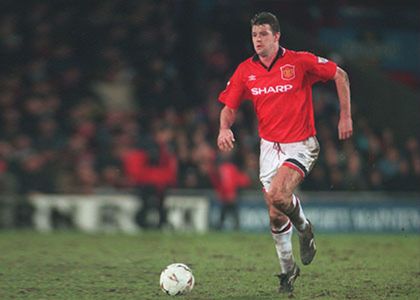 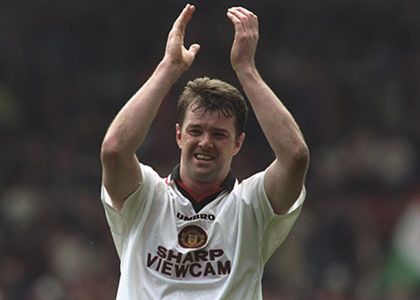 Gary Pallister is a former English professional footballer and sports television pundit. As a player, he was a defender from 1984 to 2001 and is most noted for his nine-year spell at Manchester United from 1989 until 1998. He also played for Middlesbrough and Darlington and was capped 22 times by England.

Pallister’s footballing career started at non-league Billingham Townbefore he joined his boyhood heroes Middlesbrough as a defender as a 19-year-old; making 156 League appearances over nearly five seasons and helping them win promotion to the Football League Second Division in 1987 and then to the First Division in 1988. Gary moved to Manchester United on 29 August 1989 for £2.3 million in a transfer that broke the national record for a fee paid for a defender, as well as being the highest fee between British clubs, and the second highest fee to be paid by a British club, second only to Ian Rush's return to Liverpool.

Although it was his excellent defensive displays that helped Manchester United to numerous titles along with Steve Bruce at the heart of the defence, forming one of the most formidable central defensive partnerships in the club's history. During his time at Manchester United, Pallister won the FA Cup in 1990, 1994 and 1996, the UEFA Cup Winners' Cup in 1991, the Football League Cup in 1992 and Premier League titles in 1993, 1994, 1996 and 1997, amongst other honours. He was also part of the team that came second in the league in 1992, 1995 and 1998, as well as the team that finished runners-up in the League Cup in 1991 and 1994 and the FA Cup in 1995. By the time of his departure from Old Trafford after nine years, he was the only player to have collected winner's medals in all of the club's successes under Alex Ferguson's management.

Following his retirement in 2001, Gary Pallister has become a full-time football speaker and pundit making numerous appearances on both ITV and the BBC working as a TV presenter, commentator and sports speaker on some of the most important games in the Premier League.

Alongside working as a football speaker Gary Pallister is the Operations Director of the Conference National side Darlington. His link to Darlington, stretches beyond his managerial role however as, prior to becoming a sports speaker, Pallister played for Darlington for a number of years.

An England International with 22 caps and the rare achievement of representing the English national side before appearing in the top flight, Pallister is an enlightening and fascinating football speaker becoming a popular choice of football speaker, his presentations have been praised by audiences up and down the country and he has appeared at conferences, sporting events and after dinner speaker functions for a number of societies and businesses as a football speaker.

To book Gary Pallister to make a personal appearance at your corporate event, function or conference, simply contact the Champions Football Speakers agency by filling in our online contact form or by calling a booking agent directly on 0207 1010 553.