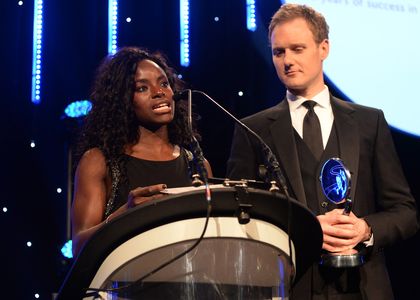 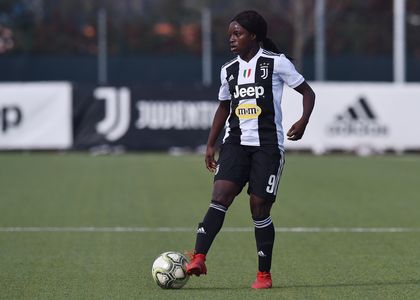 The First Female Match of the Day Pundit

Eniola Aluko has proven herself one of the most talented footballers both in women's football and of her generation. Enjoying a long and distinguished career playing for some of the world's top clubs and as an England international, the forward has consistently delivered.

Beginning her career at Birmingham City in 2001, Aluko spent 3 years honing her trade at the club. At just 15 years' old Aluko featured in the FA Women's Premier League Cup Final, losing out to professional club, Fulham.

This sparked a change of fortunes for Birmingham City as they won promotion to the Premier League National Division in the 2001-02 season. The following season she was back amongst the goals, earning comparison with the male footballer, Wayne Rooney. She was named Young Player of the Year at the 2003 FA Women's Football Awards.

This brought her to the attention of Charlton Athletic, one of the country's most successful teams at the time. Spearheading the Charlton attack during one of their most successful periods, Aluko helped them win two League Cups, two Charity Shields, one FA Cup and a second place finish in the Premier League National Division on two occasions.

Support for Charlton Athletic waned and Aluko signed for the first of two spells at Chelsea Ladies in 2007. She went on to play for Saint Louis Athletica, Atlanta Beat and Sky Blue FC in the USA before returning to Birmingham City in 2012.

Alongside her club exploits, Aluko's 102 caps with the England national team have earned her widespread attention. She has become a national treasure for her part in winning a Bronze medal at the FIFA Women's World Cup in 2015 and finishing Runner-up in the 2009 UEFA Women's Championship. She also helped Great Britain to a Quarter Final place at London 2012.

Evidencing her frightening pace, Aluko has been a thorn in the side of defenders on a regular basis. Her natural talent as a footballer was complimented by her extreme drive and determination to succeed in a multitude of areas. While playing football, Aluko earned a First class degree from Brunel University in 2008.

Her intelligence and insight saw her become the first female pundit on BBC's Match of the Day in 2014 and this brought her further studio opportunities. She joined the punditry team at the 2016 European Championships and later made a splash as an ITV pundit at throughout the 2018 World Cup.

Today Aluko is one of the most sought-after female inspirational speakers and football speakers in the country. She, like fellow World Cup pundit, Alex Scott has positioned herself as a leading sporting authority with a continually enhanced reputation.

Book Eni Aluko to impress your guests at award ceremonies, product launches and sporting events today. To get in touch, simply call a member of our management team on 0207 1010 553 or fill out our online form.