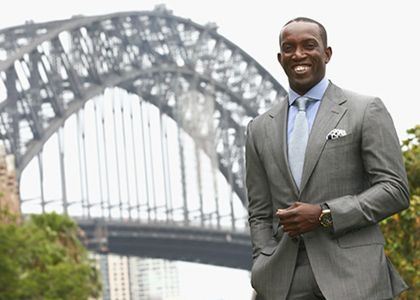 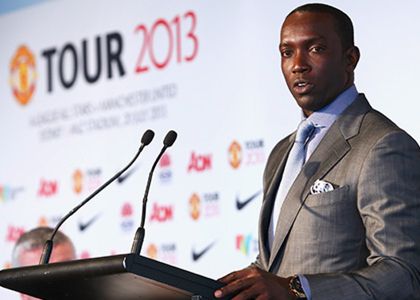 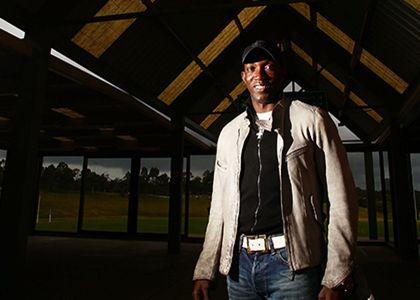 The former Tobagonian striker Dwight Yorke best known for his spells with Aston Villa and Manchester United is a fascinating football speaker who spent his playing career at some of the biggest teams in the world; with a high profile public persona – thanks largely to a brief relationship with British celebrity Katie “Jordan” Price with whom he has a child – Dwight is a popular choice of sports speaker and attends many events as a guest or football speaker to share his captivating story in a thoroughly humorous manner.

Yorke was first spotted during an Aston Villa tour of West Indies in 1989, there he played against Villa and impressed promoting the manager to offer Dwight a trial with the club. On trial, he once again impressed and was rewarded with a contract with the club. Playing initially as a right winger before switching to play as a striker during the 1995-96 season, Yorke soon became one of the most prolific strikers in the Premier League. Yorke was an integral part of the 1996 League Cup winning team and even scored in the final. Yorke was a formidable striker and his consistency led to him controversially moving to Manchester United much to the despair of Villa fans for £12.6 million.

In his first season at United, Dwight Yorke was a key player in guiding the club to a unique treble of the Premier League title, FA Cup and UEFA Champions League, and formed a legendary partnership with Andy Cole. Yorke finished the season as the league’s leading goalscorer with 18 goals and contributed goals against Bayern Munich, Barcelona and Juventus in the Champions League, and after a prolific season was named the Premier League Player of the Season. The following season would prove to be his last at Old Trafford and once again Yorke made a huge impact and played a vital role in United securing a third consecutive league title.

Dwight Yorke was signed by Blackburn Rovers before briefly signing for Birmingham City. A move to Australia followed as Yorke signed for Sydney FC to be a marquee player in the A-League. He played a major role in leading Sydney FC to victory in the inaugural A-League Grand Final at the Aussie Stadium, and was awarded the Joe Marston Medal as best player in the grand final. A star name in the A-League, a side from his footballing talents, the drawing power and credibility he brought both locally and internationally proved to be beneficial for the competition in its inaugural season, leading the FFA to use his image and name for the promotion of the A-League's second season.

Further complimenting his work as a sports speaker Dwight has completed training to become a professional football coach; he now plays an integral role in the training and development of the bright young stars of international football alongside his commitments as a football speaker and pundit for Sky Sports. His efforts to raise money and awareness for charitable organizations is also admirable, in 2011 Yorke completed the London Marathon, covering the twenty-six miles in a very impressive 3 hours and 32 minutes. Dwight is also heavily involved in the local and regional cricket teams in his home country; an avid cricket fan Yorke can often be seen at games as well as helping train the players and even acting as water boy for his favourite team!

A prolific player with a wealth of knowledge and experience from different footballing cultures around the world, Yorke really can give a unique account into the world of football and share stories from his glittering career. An extremely amusing football speaker possessing an incredibly affectionate personality Yorke will be very popular with the audience at your event. A player in the spotlight and limelight both on and off the field, the former Manchester United will certainly provide an extremely entertaining and exciting performance as a football speaker at your event.