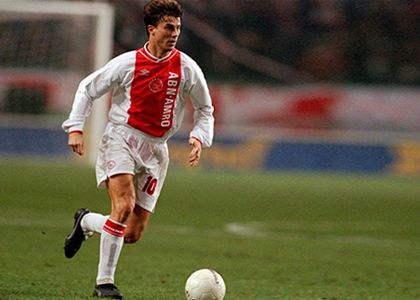 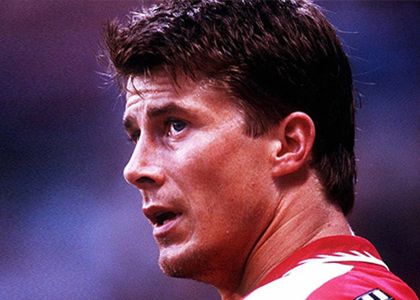 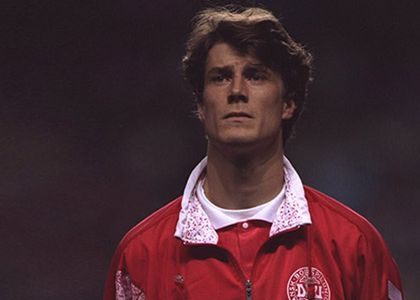 Brian Laudrup is perhaps one of the greatest strikers Denmark has ever had, not only due to his technical ability but also due to his speed and elegant movement around the field. A superb football speaker, Brian has experienced top flight football for the entirety of his career, giving him a plethora of anecdotal tales to deliver as an after-dinner speaker.

In a glorious career that saw him play for a number of European teams such as FC Bayern München, ACF Fiorentina, AC Milan, Glasgow Rangers, Chelsea, FC Copenhagen and in the year of 2000 he finished his career at AFC Ajax Amsterdam.

Laudrup was crowned the Danish Footballer of the year on a record 4 occasions, more than any other Danish player has achieved. Furthermore, he was awarded the same title in Scotland, twice, as the first none-British player given that honour as testament to his talents. In 1992, Laudrup was also named the FIFA fifth best player in the world as well being named by legend, Pelé as one of the top 125 greatest living footballers at the FIFA 100 ceremony in March 2004, alongside his older brother Michael Laudrup.

During what was a decorated career, Laudrup was a part of the 1994 UEFA Champions League winning Milan side. Three Scottish Premiership titles followed during his time at Rangers, a club at which Laudrup scored 33 goals. A brief period with Chelsea later in his career yielded a 1998 UEFA Super Cup glory to add to the two Danish championships he won early in his career with Brøndby.

Spectators idolised him for his virtuoso dribbling and elegant break-through, as he demonstrated in Sweden in July 1992 when Denmark historically won the European championship. For his national team, Brian Laudrup played 82 games and scored 21 goals. As an after-dinner speaker and football speaker, Brian speaks of how he achieved peak performance and challenge others to do the same in their own lives.

At present, Brian Laudrup works as a football pundit on TV where he covers Champions League on the Danish channel TV3. Together with the former Danish goalkeeper; Lars Høgh, he has a football camp called Street Soccer for both boys and girls within the ages of 9 to 14 years old.

A player who still to this day commands the utmost respect from highly influential personalities in the footballing world, Laudrup has often been compared to greats of the game and it truly is a testament to Brian and his footballing prowess that such conversations still occur to this day, long after he called time on his playing career.

A legend to many renowned clubs, Brian’s tale of sport as a football speaker at an elite level stimulates and motivates audiences, his approachable and warming style of speaking as an after-dinner speaker makes him an instantaneous success and a delightful addition to your event. A personality who exudes charisma and humility wonderfully intertwined to create the most idyllic of football speakers.

To book Brian Laudrup to make a personal appearance at your corporate event, function or conference, simply contact the Champions Football Speakers agency by filling in our online contact form or by calling a booking agent directly on 0207 1010 553.

To book Brian Laudrup to make a personal appearance at your corporate event, function or conference, simply contact the Champions Football Speakers agency by filling in our online contact form or by calling a booking agent directly on 0207 1010 553.