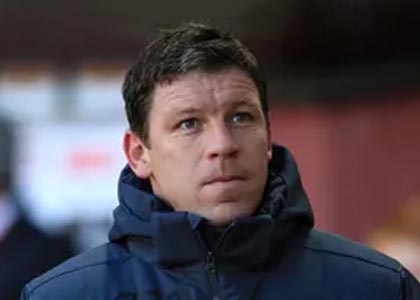 Former Footballer & Manager Who Made 550 Appearances For Six Different Clubs

Beginning his career at his home town club, Newcastle United, Alan Thompson would go on to enjoy an illustrious career amassing a total of 550 appearances with a host of leading clubs. An ideal football speaker for any event where the audience are seeking an insight into top flight football, Alan is an eloquent and intriguing personality who enjoys relentless demand on the after-dinner speaker circuit. Moving to Bolton Wanderers in 1993, Alan became notorious for his spectacular goal in the 1994/1995 Football League Cup Final.

Thompson was a central figure in the sides meteoric rise from the Wanderer’s the Third Tier to the Premier League in the space of a few years.  Alan also became the first person ever to score a goal at Bolton’s Reebok Stadium. Following a hugely successful spell for the team and Alan personally he moved to Celtic in 2000 for £2.75 million, Alan would go on to become a vital part of the side. As a sports speaker Alan discusses the qualities that were fundamental to the team progressing so far in the competition.

Thompson possesses invaluable advice he can propose to social, sporting and business environments alike. Thompson was integral in securing Martin O’Neill’s seventh trophy in charge of Celtic by scoring the only goal of the 2005 Scottish Cup Final against Dundee United. After almost seven prosperous years at the Scottish side, Alan moved to Leeds United in 2007, becoming club captain for the 2007-2008 season.

Alan went on to become Assistant Manager for the club before retiring from his professional playing career in May 2008 aged 34. An absorbing football speaker with a host of anecdotal tales to share with audiences at events, Thompson is sure to be a sensation with crowds. Happy to oblige in photographs with guests, sign autographs and answer any question, Alan is a hospitable and acquainted speaker with enormous experience in hospitality.

Enquire about booking Alan Thompson for your event by calling us on 0207 1010 553 or by emailing footballagent@championsukplc.com now.