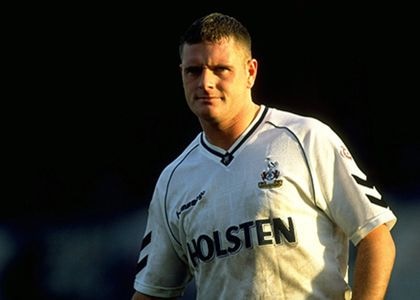 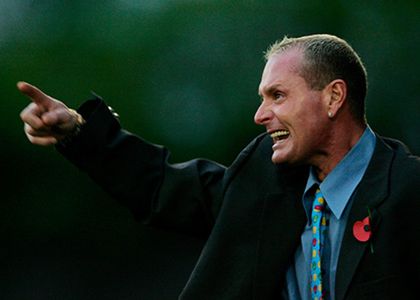 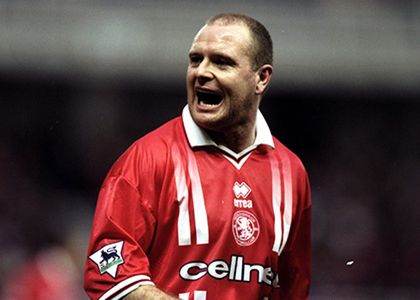 Paul John Gascoigne is an English former professional football player and manager. He is also known by his nickname, Gazza. He earned 57 caps during his England career and has been described by the National Football Museum as “the most naturally gifted English midfielder of his generation“.

Born and raised in Gateshead, the midfielder signed schoolboy terms with Newcastle United, before turning professional with the top tier (pre-Premier League creation) club in 1985. Three years later he was sold on to Tottenham Hotspur for a £2.2 million fee. He won the FA Cup with Spurs in 1991, before being sold to Italian club Lazio for £5.5 million the following year. In July 1995, he was transferred to Rangers for £4.3 million, and helped the club to two league titles and two trophies.

He returned to England in a £3.4 million move to Middlesbrough in March 1998. He made his debut in the Premier League in the 1998–99 season, having already featured in the 1998 Football League Cup Final. He switched to Everton in July 2000, and later had spells with Burnley, Gansu Tianma (China), and Boston United.

He was part of the England squad that reached fourth place in the 1990 FIFA World Cup, where he famously cried after receiving a yellow card in the semi-final with West Germany, which meant he would have been suspended for the final itself had England won the game. He also helped the team to the semi-finals of UEFA Euro1996, scoring a goal against Scotland which was described as one of the best of the tournament.

In the later parts of his career and especially following retirement, Gascoigne’s life became dominated by severe mental and emotional problems, particularly alcoholism. He has been jailed or sectioned on numerous occasions and his personal struggles receive regular coverage in the British press. He has frequently attempted to live without alcohol, though rehabilitation programmes have provided only temporary relief. His personal issues ended his coaching career, and he has not worked in football since being dismissed as the manager of Kettering Town in 2005.

When at corporate events, Paul is known to cover the following topics:

To book Paul Gascoigne as the football speaker for your corporate event, function or conference, simply contact the Champions Football Speakers agency by footballagent@championsukplc.comor by calling a booking agent directly on 0207 1010 553.