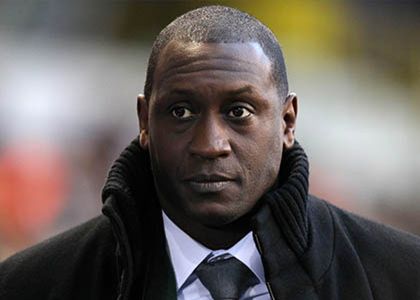 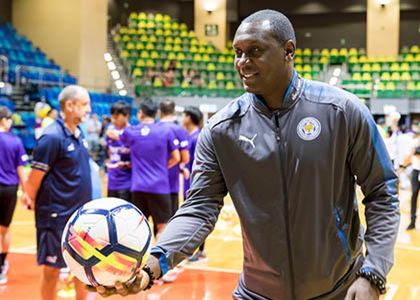 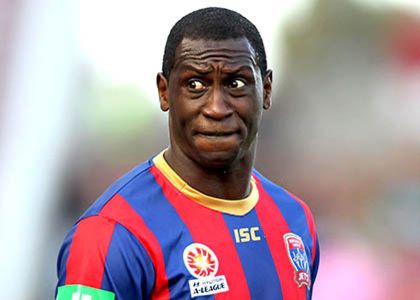 Emile Heskey is a former professional English footballer who had a glittering career, Heskey played as a forward, being a powerful target man gifted with pace and physical strength; he was also a hard-working player. His main contributions to the team lie in the way he holds the ball up and draws defenders out, leaving space behind him for another player to score. He has been credited as being an unselfish player who allows other forwards to benefit.

Born in Leicester, Emile started his career with Leicester City and made his debut with them in 1995 having quickly progressed through their youth system after joining them aged 17. He soon became a regular with the team and made 30 appearances for them in his debut season, Heskey was an integral part of the team who gained promotion back to the top tier of English football, the Premier League.

After winning the League Cup in 1997 and 2000, he made a big £11 million move to Liverpool in 2000, which, at the time, was the record transfer fee paid for the Merseyside squad. With Liverpool, he enjoyed an extremely decorated and successful time winning multiple honours, in 2001, a prolific season for Heskey and Liverpool they won the Super Cup, UEFA Cup, FA Cup, Football League Cup and the FA Charity Shield in a season that saw Heskey scored 22 goals. One more League Cup trophy followed before Liverpool and Heskey parted ways.

At the end of the 2003-2004 season, Heskey signed with Birmingham city and by the end of the next year had won two of the club’s awards – Player of the Season and Fan’s Player of the Season – as well as receiving a majority of the Man of the Match awards however after their relegation from the Premier League signed for Wigan Athletic for a club record £5.5 million fee in 2006, while at the club Emile scored his 100th Premier League goal. He then signed for Aston Villa in 2009 before signing for Australian A-League side Newcastle Jets and so has many great insights and experiences to share from the top level of world sport.

In his career, Emile made more than 500 appearances in the Football League and Premier League over an 18-year career, whilst he also managed to represent England 62 times including during two World Cup campaigns scoring 7 goals.

An inspiring figure available for a range of charity events, after dinner speeches and public appearances, Emile is a personal and insightful sportsman who has lot of offer both on and off the field. Heskey supported the Shoe Aid for Africa campaign in 2009, which was aimed at helping underprivileged children in Africa. More recently Heskey teamed up with a Manchester businessman to address the less fortunate who are homeless and without food and shelter, in a scheme to feed people and take them off the streets, a campaign in which they have been joined by Greater Manchester mayor Andy Burnham, who has pledged to end rough sleeping in Greater Manchester by 2020. Heskey previously helped out with Midland Langar Seva, an organisation that feeds around 200 homeless people in Birmingham every night.

A prolific and ruthless striker on the pitch yet a true gentleman off the field, Emile Heskey is a fantastic personality to be a football speaker at your event. With a host of tales and anecdotes from his distinguished and diverse career, Heskey is certain to entertain any audience with his charming and charismatic persona with which he wonderfully portrays his story and vast experience. His incredibly football knowledge along with a kind-hearted spirit shown through his charity endeavours further emphasises his affectionate nature, a truly rounded footballing legend, Emile Heskey is available as a football speaker for your event.

To book Emile Heskey to make a personal appearance at your corporate event, function or conference, simply contact the Champions Football Speakers agency by filling in our online contact form or by calling a booking agent directly on 0207 1010 553.