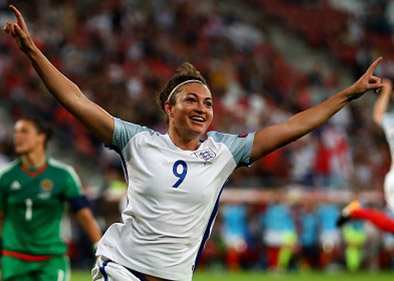 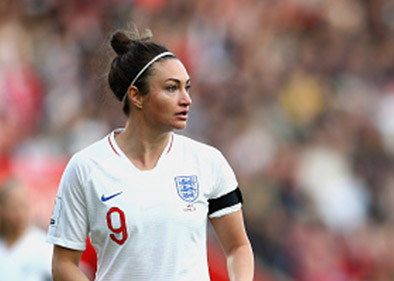 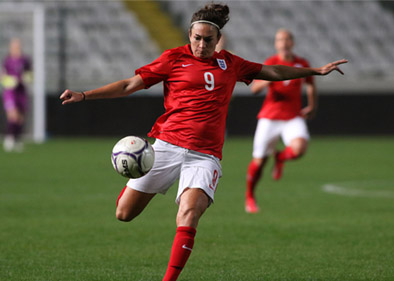 English football striker, Jodie Taylor is a fantasticly talented sportswoman that has gone on to achieve greatness both nationally and internationally for her scoring talents. Currently playing for Reign FC in America, and on loan to Melbourne City in Australia, she began her career with a local team called Tranmere Rovers as a young woman.

Regarded as one of the best female football stars to come out of England, Taylor is a great representation of how women's football has progressed in recent years. Having been part of the England team that won bronze at the 2015 FIFA World Cup, then went on to win the Golden Shoe award in 2017, for her impressive performance as top goalscorer at the UEFA Women’s Euro.

Throughout her career, Taylor has played for Birmingham City, Lincoln Ladies, and Arsenal, having also played internationally in Sweden and the United States. She made her England squad debut in 2015, with her tactical goal putting England in the semifinals of the 2015 FIFA World Cup for the first time. During the 2017 Euros, Taylor became the first Englishwoman to score a hatrick in a major footballing tournament.

A brilliantly talented sports women known for her incredible talents as a striker, and making major history in women's football. Jodie Taylor is an incredible inspiration with a magnitude of experience that would be brilliant at any sporting speakers event.

To book Jodie Taylor to make a personal appearance at your corporate event, function or conference, simply contact the Champions Football Speakers agency by filling in our online contact form or by calling a booking agent directly on 0207 1010 553.