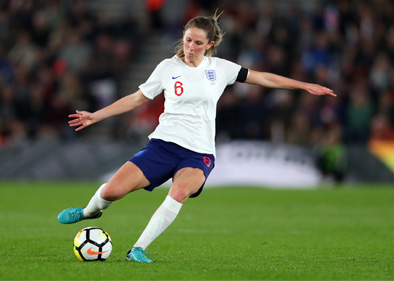 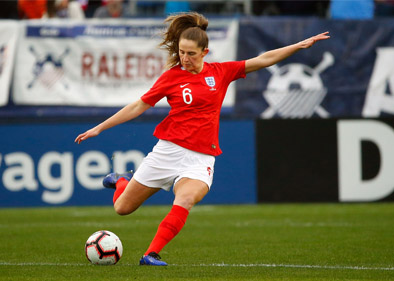 Kicking off her career in an all boy’s team with her brother, Abbie soon progressed onto become named Under-16s Most Improved Player in 2008 and then eventually signed to play for Manchester City. She played for the team that won the league and promotion from the FA Women’s Premier League Northern Division to the National Division.

It was a year later after transferring to Sheffield Ladies that she returned to Man City to make her top division debut with an outstanding performance at the Etihad Stadium against Everton. Remarkably, the team later won the WSL Cup after their 1-0 victory against Arsenal.

After her UEFA Women’s Champions League debut against Fortuna Hjorring, Abbie was called up to be part of the senior England National squad for the 2018 SheBelieves Cup, an amazing revelation. She maintained her position in the team to be unbeaten within their group in the 2019 FIFA Women’s World Cup Qualification.

Book Abbie McManus to make a personal appearance at your corporate event, function or conference simply call a member of our management team on 0207 1010 553 or fill out our online form.