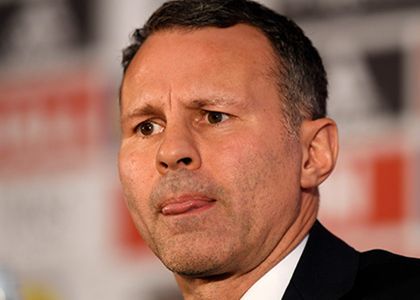 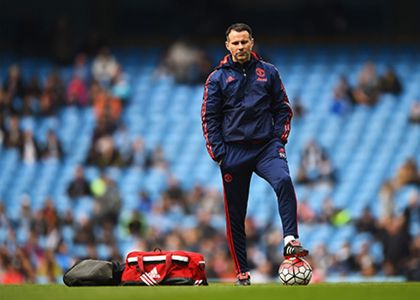 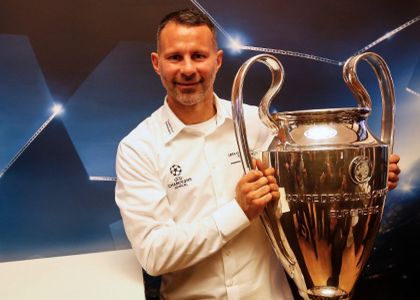 Former legendary Welsh football player, manager and football speaker, Ryan Giggs OBE is a Welsh born sportsman known for dedicating his career to Manchester United, Giggs is the most decorated player in the history of football. Ryan is the current manager of the Wales national team and is also a co-owner of Salford City. A playing career that spanned over two decades, Ryan Giggs played his entire professional career for Manchester United. Since his retirement, Giggs has worked as a manager and pundit, namely Ryan Giggs is an incredibly sought after football speaker who commands the utmost respect and demand.

Making his first appearance for the club in 1991, Giggs played for Manchester United’s first team up until 2014 when he retired as a player following the most illustrious, successful and decorated career football has witnessed. The son of esteemed rugby league player and sports speaker, Danny Wilson, Ryan Giggs OBE famously began his junior career at Manchester rivals, Manchester City before he moved to Manchester United on his 14th birthday in 1987, the club he would remain at for the entirety of his career. Ryan Giggs will forever be etched in the history of Manchester United and British footballing history forever.

Boasting a number of impressive statistics and honours from his time at United, Ryan Giggs OBE holds the club’s record for the most competitive appearances and also holds the national record for most top division league titles ever won, winning an almost insurmountable 13 Premier League for Manchester United. Representing his team in more than 630 Premier League games, outside of his allegiance with Manchester United, Ryan Giggs was also the first player in history to win two consecutive PFA Young Player of the Year awards in both 1992 and 1993 in recognition for his tremendous talent and performances highlighting a true prodigy in the making. Ryan Giggs also holds the record for being the only player to appear in every one of the first 22 seasons of the Premier League as well as the only player to score in each of the first 21 seasons.

Giggs’ time with Manchester United yielded a staggering 168 goals for Manchester United and he made nearly 1000 appearances for the prestigious club. As a player, Ryan Giggs boasts more accolades then most could ever imagine, the most decorated player in football history with 34 trophies, the most Premier League assists for a player, Giggs was also rewarded individually being named the BBC Sports Personality of the Year along with the two time BBC Wales Sports Personality of the Year.

Ryan Giggs OBE remains one of the most sought after football speakers on the circuit along with specifically for Manchester United. Ryan’s long term affiliation with the club has made him one of the popular footballers in the club’s history and has garnered an enormous and unbelievably devoted fan base. Now working as a coach and manager, Giggs still often appears at players’ events and football speaker functions across the nation.

Internationally, Giggs played in 64 games for Wales and captained Team GB in the London 2012 Olympic Games, a huge honour which Giggs’ often fondly speaks of in his performances as a football speaker. An incredibly proud Welshman, Ryan Giggs was on 15 January 2018, appointed as the manager of the Wales national team following experiences domestically as a manager.

Giggs’ managerial career began when he was appointed as a player–coach for Manchester United on 4 July 2013, as part of the coaching staff under new manager David Moyes. After less than 10 months in the job, Giggs took over as the club's interim player-manager before being appointed as the assistant manager to Louis Van Gaal. In his work as a football speaker, Giggs speaks of the different challenges and pressures that came with management offering invaluable advice of the trials and tribulations of elite sport and provides advice applicable to all walks of life.

An immensely popular and respected figure, Giggs’ is an extremely prevalent pundit whose thoughts, opinions and analysis are held in the highest regard as his passion for the game and his previous club shine through. Giggs has the unique ability to draw on his experiences from both playing and management which allow him to form incredibly informed views which are always valued by fans across the nation.

An ambassador for UNICEF, Ryan Giggs is an extremely marketable and influential figure, with a host of endorsements and an icon who appeared on the FIFA Football 2003 game series cover. In a distinguished career in which Giggs was and remains forever in the media spotlight, Ryan has experienced some adversity and scrutiny in the media specifically with regards to his personal life and challenges that he often speaks of as a football speaker.

In 2010 Giggs’ contribution to British sport were recognised when he was honoured with an OBE for his services as a football speaker and player. A true legend of the game and an English Football Hall of Fame inductee along with being named the GQ Sportsman of the Year, Ryan Giggs is available to hire as football speaker for any event or function providing a unique opportunity to gain an insight into the life and experiences of a footballing legend and icon.

To book Ryan Giggs to make a personal appearance at your corporate event, function or conference, simply contact the Champions Football Speakers agency by filling in our online contact form or by calling a booking agent directly on 0207 1010 553.