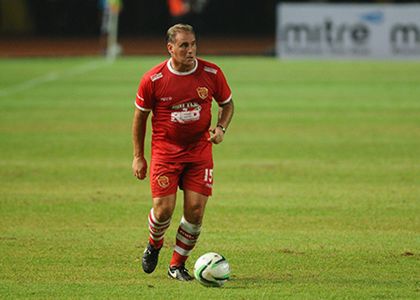 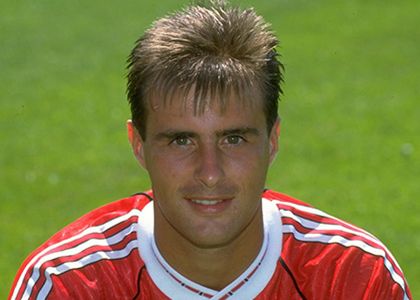 Former Welsh footballer Clayton Blackmore is best known for his illustrious career with Manchester Unitedbetween 1982-1994. A combative player who was renowned for his piercing free kicks, Clayton was one of the most versatile players in the top flight of English football, playing equally well in midfield, as a forward and as a part of the back four. Blackmore is a highly regarded football speaker, delivering anecdotal tales of his time as a professional football as well as what it takes to remain as a prominent figure in such a competitive environment, a skill comparable to those required in the business and social environments.

Joining Manchester United as a schoolboy aged 14, Clayton Blackmore first experienced success at an elite level by becoming a youth cup finalist in 1982. Debuting for United in May 1984 against Nottingham Forest at the City Ground, Clayton didn’t get his big break for the club until 1987, where the new manager Alex Ferguson, saw Blackmore’s footballing talents and played him 22 times, allowing him to score three goals for the club during that period. Blackmore’s strong performances allowed him to become a perpetual figure in the team, with Clayton playing a further 28 times for the club in the 1988—1989 season. Blackmore went on to enjoy success with Manchester United, winning the FA Cup in 1990, a European Cup medal in 1991 and the Premier League in 1993. Internationally Blackmore also won 39 caps for Wales between 1985 and 1997.

The Welshman most notably gained a place in the hearts of United fans, perhaps for one reason more than any other. With only minutes left in the 1991 European Cup Winners’ Cup final, he denied Barcelona an equaliser, clearing Michael Laudrup’s effort off the line. A game United of course went on to win along with the cup.

Amongst a number of themes, sustaining peak performance and maximising success are an integral part of Clayton’s talks as an after-dinner speaker. Blackmore has experienced elite competition as well as having to overcome adversity to gain promotion with Middleborough in 1995. Clayton’s articulation and eloquence as a football speaker make him one of the most anticipated personalities at events and awards ceremonies on the after-dinner circuit.

Clayton has also experienced football from the touchline having managed Bangor City and Porthmadog in 2006 and 2007. Featuring a polished portfolio of knowledge in sport, Clayton understands the significance of leadership and teamwork in any competitive environment.

A model sports speaker able to provide a motivational speech or to participate in a question and answer session, Blackmore engages with guests and leaves listeners inspired to perform and excel in their own lives while providing an intriguing account and insight into the world of football as a football speaker.

To book Clayton Blackmore to make a personal appearance at your corporate event, function or conference, simply contact the Champions Football Speakers agency by filling in our online contact form or by calling a booking agent directly on 0207 1010 553.