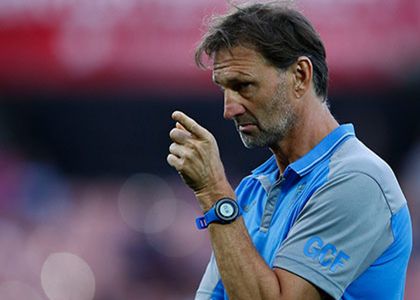 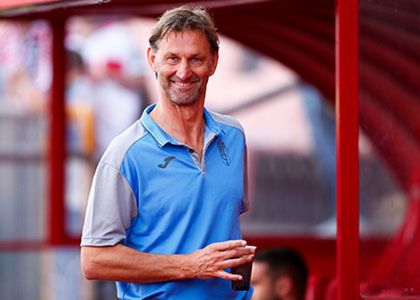 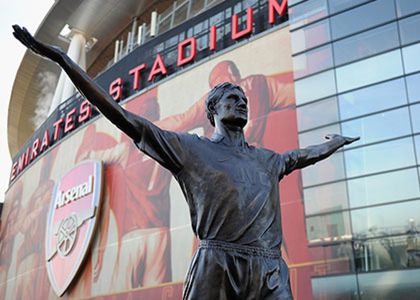 British football speaker and Arsenal legend Tony Adams MBE is best known for his long-running career as defender for North London team Arsenal; retiring to become a manager and football speaker after 22 years with the Gunners, Adams remains affiliated with the club and is still considered as one of the best and most influential players in the club’s history.

Beginning his career at just fourteen, Tony Adams MBE went on to play for Arsenal throughout the 1980’s and 1990’s finally retiring in 2002. Making his debut just a few weeks after his 17th birthday, Adams became a regular player in the 1986–87 season, winning his first major trophy that season when playing in the Football League Cup Finalwin over Liverpool at Wembley. A part of the “famous four” that lined up in Arsenal’s defence, on 1 January 1988, Adams became Arsenal captain at the age of just 21 and would remain club captain for the next 14 years until his retirement.

Whilst with the club, Arsenal gained three FA Cup titles and four Premier League trophies not to mention the UEFA League Winners cup and the numerous Community Shields won through the 90’s. These successes were largely down to Tony Adam’s phenomenal leadership and in particular the strong discipline he instilled into the defence.

Tony Adams’ career also saw him have to deal with some adversity when his negative association with alcohol became his undoing after being over the limit whilst driving, the repercussions were severe however Adams recovered from this major setback and returned to performing at the highest level and leading from the front. Adams’ transformation was also hugely aided by Arsenal’s appointment of manager, Arsene Wenger who put the utmost professionalism into his players’ fitness and lifestyles. Tony speaks of this difficult period of his life, the vital lessons he learnt and discusses what it what that kept him motivated and inspired his recovery and resurrection back into the spotlight.

Remembered as one of the greatest Arsenal players on the field during the team’s highly successful run in the 1990’s Adams often finds himself asked to discuss his time at the club and, in his work as a football speaker, he shares his experience and fond memories.

Tony Adams has also worked as a manager becoming his managerial career with Wycombe Wanderers and immediately was under pressure taking over a team fighting relegation. Following this, Adams accepted a trainee coaching role with Dutch side Feyenoord with special responsibility for its Jong team, which is a reserve/junior side before being appointed as the assistant manager for Portsmouth. Immediately making an impact and passing on his vital experiences of winning games and knockout football, Adams’ inspired the team to an FA Cupvictory.

Adams has also had managerial stints with Gabala and Granada CF. His experiences as a manger add to his already extensive knowledge of footballand when he speaks as a football speaker this allows him to discuss football from both a playing and managerial aspect.

An England International, Adams made 66 appearances for his country, he was the first, and remains to date the only, England player to make tournament appearances in three separate decades. An integral part of the team, Adams captained his country and enjoyed many personal accolades during his decorated career. Voted the PFA Young Player of the Year as well as being named in the PFA Team of Century, Tony Adams’ illustrious career means he will forever remain an Arsenal legend. The English Football Hall of Fame inductee, Tony Adams has also been awarded a MBE for his services to football. An incredibly experienced and charming personality, Tony Adams MBE is available to hire as a football speaker and is certain to provide an unforgettable performance and event.

When at corporate events, Tony is known to cover the following topics:

To book Tony Adams MBE to make a personal appearance at your corporate event, function or conference, simply contact the Champions Football Speakers agency by filling in our online contact form or by calling a booking agent directly on 0207 1010 553.