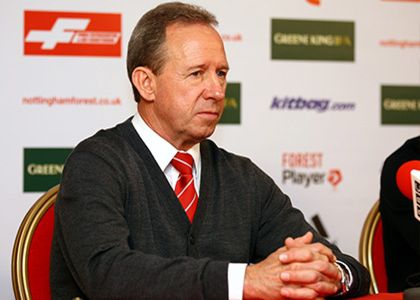 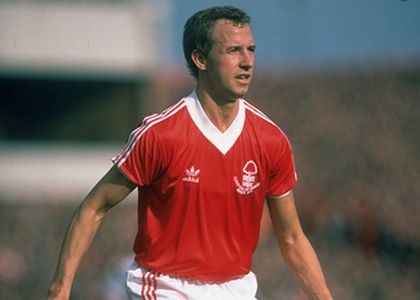 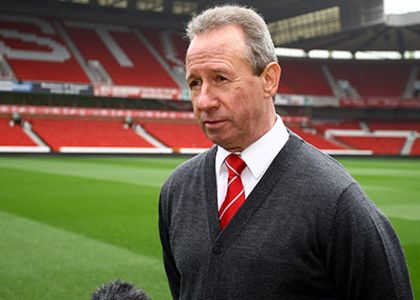 Double European Cup winner John McGovern enjoyed success whilst at Nottingham Forest during the 1970s. Part of the Brian Clough era, McGovern became the youngest player at just 19 years old to play in all four divisions of the football league. Scotsman McGovern never achieved a full senior international cap, but made an appearance for his countries U23 side on two occasions, and would go on to manage several teams throughout the 80s and 90s, most notably Bolton Wanderers. McGovern is now well known within speaker circuits as an articulate after dinner speaker and football speaker.

McGovern initially wanted to play as a striker for the glory that came with scoring goals but was unfortunately unsuited to that role, as a result he then played as a winger. Beginning his senior career in English football’s fourth tier with Hartlepool United, under the management of Brian Clough and Peter Taylor he became a first team regular the season after before the 1967/68 season saw Hartlepool finish third earning promotion to the Third Division.

Plying his domestic trade throughout the English league, John McGovern enjoyed two very successful stints at Nottingham Forest and Derby County, interspersed with spells at Bolton Wanderers, Leeds United and Hartlepool United where he kicked off his 19-year career. An industrious player who controlled the midfield of any team he represented, McGovern went on to make over 500 senior appearances, cementing his place as one of the most consistent midfielders of his time. An eloquent after dinner speaker with an ability to lead and control on the pitch was rewarded with the captain’s armband at Nottingham Forest, coinciding with Forest’s epic European double success. His career accomplishments are undoubtedly a catalyst for his success as a sports speaker, with McGovern proving popular as a football speaker.

McGovern won eight trophies in the shape of two European Cups victories, a European Super Cup to go along with an Anglo-Scottish Cup at Nottingham Forest to go with a solitary First Division title with Derby County.

A confident and sports football speaker, McGovern is comfortable in the spotlight as a football speaker who can tell the tales of the most successful English club in the 70s and 80s. The achievement of Nottingham Forest throughout these times has propelled John McGovern’s career within after dinner event appearances and football speaking phenomenally.

A Scottish Football Hall of Fame inductee, a profile of the young McGovern on Sporting Heroes states, “John’s ability to do the simple things well, allied to his work ethic and willingness to act as a man marker saw him return a series of solid displays; often against much older and experienced opponents.” This profile is a true testament to McGovern extraordinary talent and prowess as a footballer.

John McGovern’s popularity as a sports speaker, specifically elaborating on the glory days he enjoyed leading Nottingham Forest to European glory is prolific; his ability to engage and connect with the audience and event guests is impressive, and undoubtedly the addition of John to any event or after dinner occasion as a football speaker is one that will live long in the memory of your guests attending any event.

To book John McGovern to make a personal appearance at your corporate event, function or conference, simply contact the Champions Football Speakers agency by filling in our online contact form or by calling a booking agent directly on 0207 1010 553.