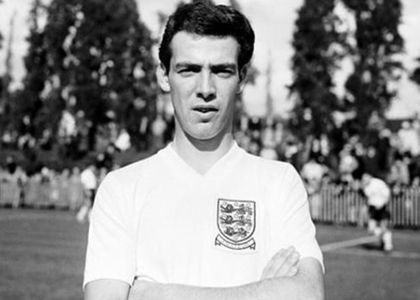 Former Manchester United player and football speaker, David Sadler is best known for his decade long career at Old Trafford, one of the most popular players of the late 1960’s, David Sadler is now retired and working as a sports speaker on the British after dinner speakers’ circuit.

Sadler began his playing career with Maidstone United, but went on to signed a professional contract with Manchester United in 1963, helping the club win the 1965 and 1967 First Division Football League championships as well as the 1968 European Cup. He left Manchester United in 1974 after scoring 27 goals for the club in 272 appearances to join Preston North End, who were being managed by Sadler's former team-mate Bobby Charlton. During his time with Preston Sadler made 105 appearances scoring 3 goals. During his time as a player Sadler also shortly went out on loan to Miami Toros in 1973 however only played in 3 games as well as making 4 international appearances for his native country of England. David continues to make appearances at Old Trafford and work as an after dinner speaker at club events.

Sadler’s fondest moment of his career came in a game at the Bernabeu Stadium, the semi-final of the 1968 European Cup against Real Madrid. Having gone in at half time 3-1 down in front of a ground with an attendance well in excess of 120,000, a team talk from Sir Matt Busby sparked a remarkable comeback after the break. Sadler notoriously silenced the crown at the Bernabeuscoring a goal to reignite the spirit and fightback from United, a goal that led to a recovery which eventually resulted in a victory for Manchester United before lifting the trophy at Wembley soon after to become European Cup champions.

As well as spending time as a player and football speaker for Manchester United, since retiring from professional football David has become a successful businessman, he has spent several years as the manager of a building society in Hale, Greater Manchester as well as contributing to a number of hospitality businesses. Alongside this David has established a prolific career as a sports speaker and is available for hire for both corporate and private events.

A truly inspirational and motivational figure and sportsman who has a distinguished and illustrious career to his name bolstered by various trophy winning campaigns and the rare feat of a European Cup victory. A host of tales and anecdotes from a decorated career as a player that was an integral part of a very successful Manchester Unitedalong with having the knowledge of what the fundamental requirements for success at the highest level are, David is certain to make a wonderful impression on the audience at any event and the opportunity to reminisce at what is possibly the finest moment of his career at the Bernabeu and his cherished memories of playing with the great George Best is not to be missed and makes for a thrilling and hugely entertaining performance as a football speaker at your event.

To book David Sadler to make a personal appearance at your corporate event, function or conference, simply contact the Champions Football Speakers agency by filling in our online contact form or by calling a booking agent directly on 0207 1010 553.