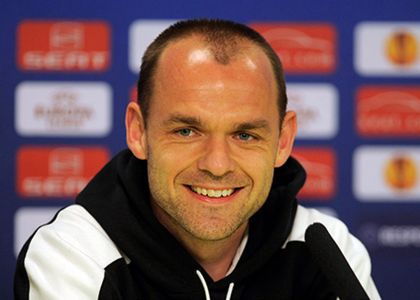 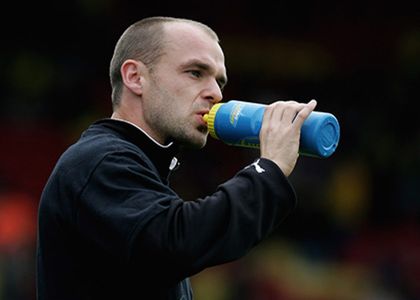 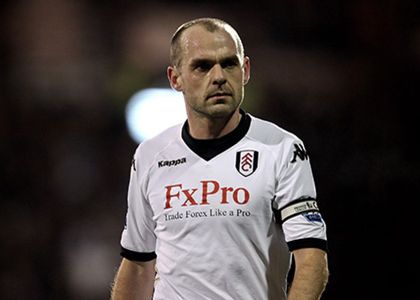 Ex-footballer and sports speaker Daniel “Danny” Murphy is best known for time at both Liverpool Football Cluband Fulham where he helped both clubs achieve silverware and international glory.

Beginning his career as a player at Crewe Alexandra in 1993, Danny Murphy helped the club reach the second tier of English football for the first time in almost a hundred years prompting a move to Liverpool in 1997 despite interest from a number of top flight clubs. Four years later Murphy helped the club achieve a unique treble winning League Cup, FA Cup and UEFA Cup. Establishing himself as a vital member of the team, Liverpool citied his versatility and Murphy was described as ‘probably the most tactically aware player’ that Liverpool had. Developing an uncanny habit of scoring the deciding goal in 1–0 wins notably against Manchester United, at Old Trafford, a feat he achieved on three separate occasions. He remained with the club until 2004, making almost two hundred appearances for the team during his tenure.

After brief spells at Charlton Athletic and Tottenham Hotspur, Danny Murphy went on to join Fulham where he served as Captain and helped the team reach the 2010 UEFA Europa League Final, an achievement said by many and by Murphy himself to be “one of the greatest achievements of our history”. Leaving Fulham in 2012, Murphy spent the final year of his professional career as captain and football speaker for Blackburn Rovers.

Murphy also attained International recognition, he appeared nine time for England and score on one occasion. Having been set to play in the 2002 World Cup, Murphy agonisingly had to withdraw from the squad after he suffered a metatarsal injury similar to that which had affected England teammates David Beckham and Gary Neville in the run-up to the tournament.

Whilst working as a professional footballer Murphy was frequently called upon to act as a sports speaker and scout, particularly during his time at Crewe where his trainer and mentor Dario Gradi heralded his tactical knowledge and footballing intellect as far beyond his junior position. Upon retiring in 2013 Danny Murphy has gone on to attain his coaching badges and intends to follow in Gradi’s managerial footsteps.

As well as his work on the pitch Danny Murphy has established an impressive career as a pundit and television football speaker, most notably working on the BBC series Match of the Day. His abundance of knowledge has been welcomed, with Murphy adding a phenomenal insights and observations as a pundit.

A hugely respected pundit and player, Danny Murphy was often idolised during his prosperous playing career. With ample knowledge about the requirements of succeeding and performing at the highest level in football and the fundamentals to sustaining such a level of consistency for a number of years, Murphy is a wonderful after dinner speaker. His ability to capture an audience and entwine the harsh challenges and lessons of professional football with the uproarious side and story of the game making for a fascinating yet entertaining event through his delivery as a football speaker.

To book Danny Murphy to make a personal appearance at your corporate event, function or conference, simply contact the Champions Football Speakers agency by filling in our online contact form or by calling a booking agent directly on 0207 1010 553.