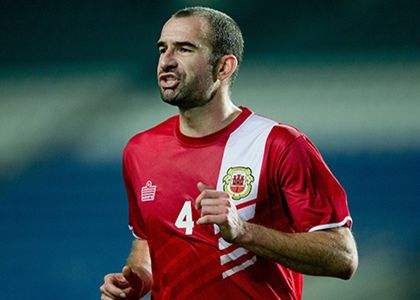 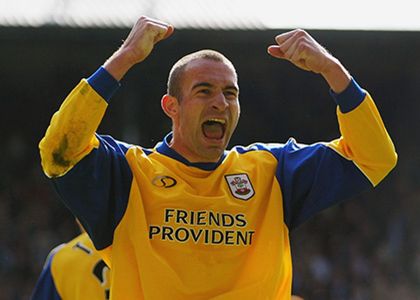 Danny Higginbotham is a former professional footballer who played as a defender for a number of years and at a host of clubs. Born in Manchester, Higginbotham started his career at his local club, footballing giants, Manchester United. He made seven appearances at Old Trafford and was a part of the team that won the Intercontinental Cup, during his spell with United Higginbotham went on a loan spell with Belgian side Royal Antwerp before joining Derby County in search of an opportunity to play more matches.

He spent three seasons at Derby County but handed in a transfer request when the club was relegated from the Premier League, showcasing his desire and ambition to play at the highest level. Southampton signed Higginbotham for a £1.5 million fee in February 2003 after the player impressed during his time on loan, and he went on to help them reach the 2003 FA Cup Final.

When Southampton were relegated in 2005, Higginbotham rejected the offer of a new contract and was instead placed on the transfer list. He joined fellow Championship team Stoke City for an initial £225,000 fee in August 2006. Higginbotham instantly made and impact and it did not take long for him to cement his place and become an indispensable member of the team. In a transfer that Danny felt reinvigorated his career, he was made club captain when Michael Duberry left in January 2007. Over the course of the season he scored a career-high seven goals in his 46 appearances. Though Stoke narrowly missed out on the play-offs, a successful personal campaign culminated in Higginbotham being voted the club’s Player of the Year.

With Stoke missing out on promotion Higginbotham once again decided to hand in a transfer request to help force through a move to Sunderland. In a £2.5 million transfer to the club and an opportunity to play in the Premier League, Danny spent one season at the Stadium of Light before returning to Stoke in 2008.

He became a fundamental member of Tony Pulis’ squad as Stoke established themselves in the Premier League. He scored the winning goal in the FA Cup quarter-final against West Ham United but missed out on both the semi-final and the final due to an infuriating knee injury.

After his recovery, Danny struggled to force his way back into the Stoke side and spent time out on loan at Nottingham Forest and Ipswich Town before joining Sheffield United on a free transfer in January 2013. After eight months at Bramall Lane, he left to join Conference Premier side Chester before ending his career with a short spell at Altrincham.

Danny Higginbotham made his international debut for Gibraltar in a friendly against Slovakia in November 2013 at the age of 34, his qualification granted through his maternal grandmother. In January 2014, Higginbotham retired from club football after a 14-year career, but made two further international appearances for Gibraltar until his international retirement in March of the same year. An inspirational career and story eloquently portrayed in his autobiography Rise of the Underdog.

In a career filled with transfers and teams, the search of success and accomplishment at the highest level possible was all Higginbotham strived form, an admirable trait for anyone. Danny enjoyed a wide array of experiences with in football and the emotional and professional challenges it poses along with gaining the knowledge of various environments and the pressures associated with them, all lessons that culminate in Higginbotham’s wonderful knowledge as a football speaker.

Having appeared on several television and radio stations, including Talksport, BBC Radio 5 Live, BT Sport and Sky Sports as well as being a columnist for The Independent, Higginbotham is an extremely polished and articulate football speaker.

A true gentleman who looks to make the most of his potential and challenges himself continuously, Danny Higginbotham is a very motivational after dinner speaker certain to entertain and captivate guests at any event as a football speaker.

To book Danny Higginbotham to make a personal appearance at your corporate event, function or conference, simply contact the Champions Football Speakers agency by filling in our online contact form or by calling a booking agent directly on 0207 1010 553.