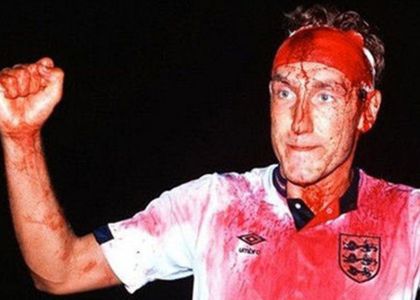 Born in Singapore, Terry Butcher spent a total of eight years at Ipswich Town where he enjoyed much of his success as the team’s centre back. Arguably Butcher’s fondest playing days came with Rangers, Butcher became one of the first ‘English invasion’ players to join Scottish club Rangers following the appointment of Graeme Souness as manager and as captain of club enjoyed successful period which saw the club win three Scottish Football League Premier Division titles in four years to go along with two Scottish League Cup trophies. Following such a decorated few years, Terry Butcher went on to play for Coventry City, Sunderland and Clydebank before announcing his retirement.

Internationally, Terry Butcher also enjoyed many successes earning 77 caps and representing England at the 1982 World Cup where he was the youngest member of the back four. A regular within the England team, during the 1986 World Cup Butcher was a part of the team and defence that Diego Maradona famously passed to score the ‘goal of the century’. Best known for playing through a gruesome injury in an England shirt, Butcher suffered a deep cut to his forehead early in a vital World Cup qualifier. Butcher had some impromptu stitches inserted by the physiotherapist and swathed in bandages, continued playing. His constant heading of the ball, an aspect of the game that is unavoidable when playing in the centre of defence, disintegrated the bandages and reopened the cut to the extent that his white England shirt was red with blood by the end of the game. This act of bravery and commitment is often used when referencing Butcher even to this day.

As a manager, Terry Butcher was at the helm of 9 different teams experiencing varying levels of success however gaining a tremendous amount of knowledge and experience which he shares during his performances as a football speaker. Butcher’s greatest achievement as manager came while in charge at Inverness Caledonian Thistle leading the club to Scottish First Division title. Spells in charge of Sydney FC in Australia and the Scottish national team all add to Butcher’s experience within the game making him an even more valuable football speaker.

Terry Butcher remains strongly associated with English and Scottish teams and, unlike many of his contemporaries, divided his playing and coaching career evenly across the border playing for both Rangers and Clydebank and managing Inverness, Hibernian and Motherwell.

When at corporate events, Terry is known to cover the following topics:

To book Terry Butcher to make a personal appearance at your corporate event, function or conference, simply contact the Champions Football Speakers agency by filling in our online contact form or by calling a booking agent directly on 0207 1010 553.