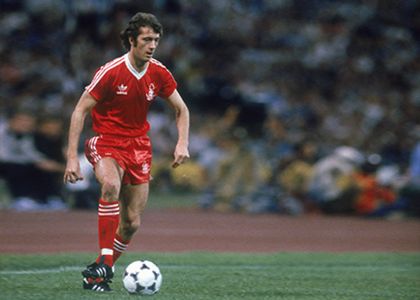 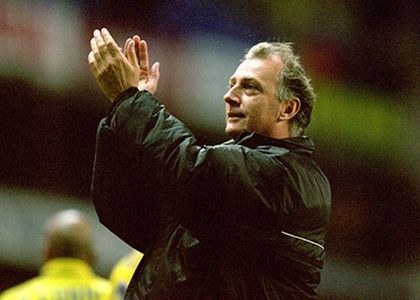 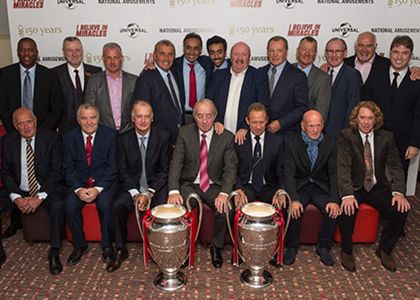 Trevor Francis is a former footballer, manager and football speaker who played as a forward throughout his playing career, he played for several clubs in England and also had spells in the United States, Italy, and Scotland. He became England’s first £1 million player following his transfer to Nottingham Forest in 1979 and later won two consecutive European Cup titles with the club in 1979 and 1980. At international level, he played for England 52 times between 1976 and 1986, scoring 12 goals, and played at the 1982 FIFA World Cup.

Trevor Francis has been heralded as one of the greatest English players of his era; retiring in the mid 1990’s to move into football management and working as a football speaker, Francis remains in the public eye and continues to garner much respect and admiration from fans.

Well Known for spending no less than eight years with Birmingham City and going on to play for a further five British clubs, Trevor Francis had quite the prolific career. He spent time with American team, Detroit Express where he won the American Conference – Central Division as well as several years with Italian team, Sampdoria where he won the Coppa Italia. Further domestic football followed overseas when Francis had a season playing in Australia for Wollongong City. The sheer scope and variety of Trevor’s career has provided him with a wealth of anecdotes to share about the footballing world.

As a football speaker he is often called upon to comment on affairs within international football as well as providing punditry for both British and International Games.

Retiring in 1994, Trevor Francis spent a further ten years as a football manager working for three of his old teams, Birmingham City, Sheffield Wednesday and Queens Park Rangers. As a manager, Francis led his teams to a number of finals however could not take his team over the line to win silverware. In 2003 however, Trevor finally took a step away from the beautiful game and moved into the media to work as a football speaker and pundit for a number of high profile broadcasters.

Now working as a football speaker, pundit and commentator for Al Jazeera Sports and Sky Sports. Trevor Francis is an extremely sought after guest for corporate functions and football speaker events, his stories and insights providing plenty of entertainment for any audience interested in football.

Having experienced adversity and difficulty in his life, in 2012 Trevor Francis was taken to hospital to recover from an alleged heart attack, this terrifying event is often spoken of by Francis when he performs as a football speaker as he put football into perspective in relation to the realities of life.

A wonderful footballing personality and a Birmingham City legend and the first Million pound player. Having experienced an extensive and successful career, Trevor Francis has a host of tales and anecdotes to share from his career as a player and manager which he delivers in an incredibly eloquent and compelling manner. Trevor Francis is available to hire as a football speaker for any event or function.

When at corporate events, Trevor is known to cover the following topics:

To book Trevor Francis to make a personal appearance at your corporate event, function or conference, simply contact the Champions Football Speakers agency by filling in our online contact form or by calling a booking agent directly on 0207 1010 553