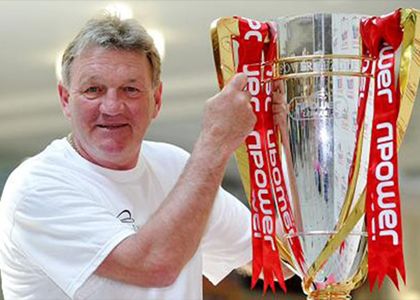 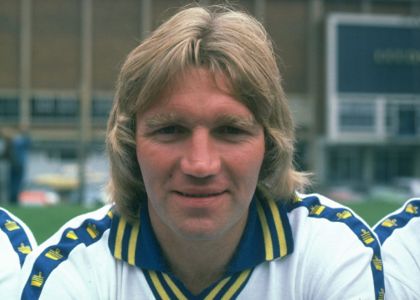 An English footballing legend, Tony Currie initially joined Queens Park Rangers as an amateur before moving on to Chelsea and Watford as an apprentice. Turning professional in 1967, Tony went on to a hugely successful career in the limelight of English football. An ideal football speaker for any event or function, Currie mixes anecdotal tales from his playing career with techniques and advice on how to achieve and realise goals and ambitions in all walks of life. Tony’s status as a legend of the sport makes him one of the most sought after personalities on the football speaker circuit.

A transfer to Sheffield United in 1968 for £26,500, Tony scored on his debut and immediately became a favourite with loyal fans. ‘TC’ as he was affectionately nicknamed, became strongly idolised at Bramall Lane, scoring 54 goals in 313 appearances as well as obtaining captaincy of the side in 1974. As a football speaker, Tony tells tales of how to achieve peak performance and lead a team of driven individuals, two attributes that are relatable to business and sporting environments alike.

Just two years later in 1976, Currie moved to Yorkshire rivals Leeds Unitedfor £250,000. Yet again Tony was adored by fans largely thanks to his skill on the ball and decisive play-making ability. Playing arguable the best football of his career during this time, Currie scored 16 times in the 124 appearances he made for the club, including the goal of the 1978 season against Manchester United. Tony’s form in the period assisted Leeds United to two FA Cup semi-finals as well as qualifying fifth for the UEFA Cup. Competing in an elite environment such as the English first division allows Tony to deliver invaluable advice on performing under pressure in order to gain the best results, adding to his ability as a football speaker.

Tony Currie moved to Queens Park Rangers in 1979, captaining the side in the 1982 FA Cup final replay however his playing ability was beginning to get hampered with bad injuries. Scoring five times in 81 appearances for the Rangers, Tony was still a fundamental part of the side and overcame the adversity of injury to perform consistently and successfully.

Moving into semi-retirement, Currie went on to play for a number of teams including Toronto Nationals, Chesham United and Torquay United before making his final professional outing for Tranmere Rovers in October 1984. Finishing his career with 81 goals from 528 league games, Tony Currie has gone down in history as one of the greats of the sport. Appointed Community Co-Ordinator at Sheffield United in 1988, Tony still holds the post to this day, proving testament to his enthusiasm and passion for the sport, a trait that shines during talks as a football speaker.

An England International, Currie made 17 appearances for his country including a World Cup qualifier against Poland. An effervescent and exuberant attacking midfield player with the vision and ability to strike long dangerous passes, Tony Currie has enjoyed an extensive and successful career in football garnering a host of tales and anecdotes that he eloquently shares when he performs as a football speaker. A real footballing personality, Tony Currie is available to hire as a football speaker for any event or function.

When at corporate events, Tony is known to cover the following topics:

To book Tony Currie to make a personal appearance at your corporate event, function or conference, simply contact the Champions Football Speakers agency by filling in our online contact form or by calling a booking agent directly on 0207 1010 553.