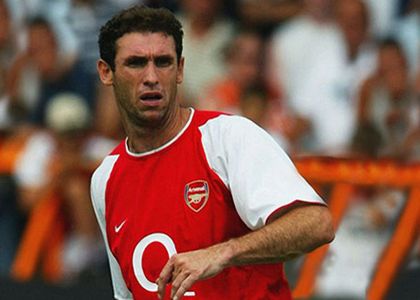 A formidable defender who was an integral part of Arsenal's success, Martin Keown is a dynamic personality an footballing figure who has enjoyed a prominent career as a player and pundit allowing him to be incredibly well placed to discuss the fundamentals and intricacies of football providing a unique insight into the beautiful game.

Football speaker and former Arsenal defender Martin Keown spent almost twenty five years playing professional football, the majority of which was spent with the Gunners where he made over 400 appearances for the club and won 10 honours. Now a football scout and sports speaker, Martin Keown remains involved in the North London team as a coach and trainer.

A centre back from Oxford, Keown played for local sides and his local Gaelic football team as a boy, before joining Arsenal on a schoolboy contract in 1980. Keown actually made his professional debut while on loan at Brighton & Hove Albion in 1984, before his debut for Arsenal came on 23 November 1985. A new manager at Arsenal who did not envisage Keown in his plans meant he was transferred to Aston Villa. His first season at the club saw a turbulent time, Villa were relegated and the club in turmoil however Keown reignited and reinvigorated the side to promotion back to the top flight the following season before securing their status within the league the following year. This apparent failure in Keown’s failure allowed him to experience many learnings and teachings through a time of adversity and showed his ability to come back from disappointment and be a leader to motivate a team back to success, an experience he talks of fondly as a football speaker.

Keown was sold to Everton where he played briefly before his return to childhood club, Arsenal. Keown rarely missed a game in his first four full seasons back at Highbury as he went on to claim the first two major trophies of his career after well over a decade of waiting. A certain career low for Keown came in the 1998-99 season when he failed to stop Ryan Giggs’ famous solo goal in the FA Cup semi-final replay, Keown publicly blamed Lee Dixon for the goal however and discusses this and the impact of the error when he performs as a football speaker.

One of Keown’s career highs came in a 2000–01 UEFA Champions League tie against FC Shakhtar Donetskwhere Keown memorably scored two goals in the last five minutes to help Arsenal come back from 2-1 down to win 3-2. Following this, Keown went on to become an indispensable part of Arsène Wenger’s Double winning sides of 1998 and 2002, remaining a first team regular until the end of the 2002–03 season, when the Gunners won their ninth FA Cup. A controversial moment in his career came in a game against Manchester United where Keown famously struck Van Nistlerooy on the back of the head before winning the Premier League in his final season.

Keown also played for Leicester City, Reading and Wembley to go along with his 43 International caps for England. Following his playing career, Keown joined the coaching staff at Newbury before returning to Arsenalas a coach where he continued to gain his coaching badges. Alongside his work with Arsenal, Martin Keown spent time coaching Oxford University Blues.

A captivating football speaker, Martin Keown is often called upon to appear at specialist sports events and award ceremonies; his continued affiliation with Arsenal allows Keown to make appearances at club events and work as a sports speaker for the team.

Keown has also worked as a pundit and football speaker for the BBC. Keown regularly appears on Match of the Day as well as providing the coverage of the Champions League for the Irish television company TV3 as well as work for ESPN UK.

Known for his long running partnership with fellow Arsenal teammate Tony Adams, Keown was integral to the success of both Arsenal and England during the 1990’s, including holding the record for most minutes spent without conceding a goal in the Champions League. In his capacity as a football speaker, Martin Keown eloquently discusses successful defence tactics, his proudest moments as a professional footballer and his journey in his own personal development. Former Arsenal player, Martin Keown is available to hire for any event as a football speaker.

To book Martin Keown as the football speaker for your corporate event, function or conference, simply contact the Champions Football Speakers agency by filling in our online form or by calling a booking agent directly on 0207 1010 553.