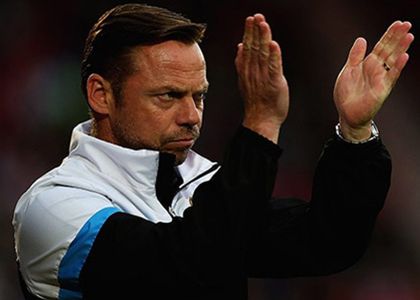 Paul Dickov is a former Scottish professional footballer and former manager of League One side, Doncaster Rovers. During his extensive career which spanned over two decades, Dickov played for over 10 teams including Arsenal and Manchester City to go along with his 10 International appearances for Scotland. Since his retirement, Paul Dickov has become a prominent and extremely sought-after football speaker, his ability to engage and captivate audiences at any event at which he has performed has further increase his popularity.

Paul Dickov began his career with Premier League side, Arsenal. Playing as a forward, Dickov won the UEFA Cup Winners Cup during his time with the club along with being apart of the squad in its first season in the Premier League. Dickov spent time on loan with Luton Town and Brighton & Hove Albion before moving to Manchester City in 1996, who were in Division One at the time.

Over the six seasons that Dickov spent at the club, he experienced two promotions and two relegations, which mean he played in three different divisions. During this time Paul Dickov helped the club to the Football League First Division promotion, a fantastic achievement for the club and something Dickov speaks of as a football speaker. The trials and tribulations of relegation coupled with the glories of promotion have allowed Paul to appreciate success and disappointment in football and life holistically making him an intriguingfootball speaker who is able to resonate with any audience.

Dickov later left Manchester City to join Leicester City, where he stayed for two seasons before in 2004, Paul Dickov signed for Blackburn Rovers. Upon the expiry of his Blackburn Rovers contract in 2006, Dickov re-joined Manchester City and later went on to play for a number of teams including Crystal Palace, Blackpool, Leicester City, where he was an integral part of successful Football League One winning campaign. A brief spell on loan with Derby County proceeded his last real transfer as a player as he joined Leeds United .

With the end of his playing career on the horizon, Paul Dickov joined Oldham Athletic in 2010 as the Player Manager before later retiring from the playing side of the game, thus concentrating on the managerial side of his position. Dickov held this position at Oldham Athletic until he later resigned in February of 2013. Dickov went on to become the manager of Doncaster Rovers from May of 2013 until leaving the club, in September of 2015.

In what an extremely diverse career both as player and manager, Paul Dickov dealt with his fair share of adversity both on and off the field. Without doubt the “darkest period” of his footballing career and possibly life, Dickov was falsely accused of sexual assault while at a training camp in La Manga, Spain with Leicester City. His ability to deal with such a devastating accusation and period of his life has certainly bolstered his knowledge and understanding of life and translates phenomenally well in his performances as a football speaker as he eloquently discusses the learnings and experiences through this time of hardship.

Paul Dickov is available to hire for any event as a football speaker and is certain to be a fantastically compelling addition to any event or function.

To book Paul Dickov to make a personal appearance at your corporate event, function or conference, simply contact the Champions Football Speakers agency by filling in our online contact form or by calling a booking agent directly on 0207 1010 553.