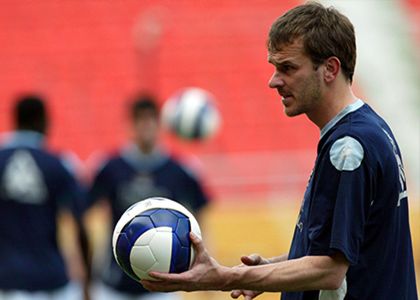 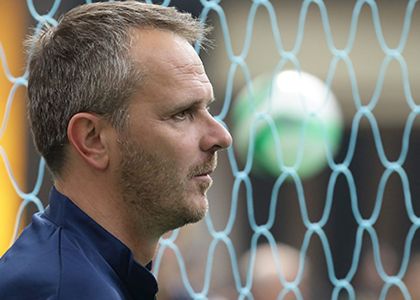 Legendary Liverpool player Dietmar Hamann was born in Germany and embarked upon his career as a player and football speaker at the infamous German club Bayern Munich aged just sixteen. Primarily playing as a defensive midfielder for most of his career, career Hamann gained a reputation for being a highly consistent and reliable player.

After almost ten years at Bayern Munich, Dietmar Hamann moved to Newcastle United in 1998 following a successful but largely second-team and substitute career at the German club. Once in the UK, Hamann showcased his impressive skills as both a player and football speaker; he went on to represent Newcastle in the 1999 FA Cup Final and, later that year, moved to Gerard Houllier’s Liverpool side where he would spend the next seven years.

During his time at Liverpool Hamann established himself as an influential midfielder throughout his seven years at the club. All in all, Hamann played in 191 league games and scored eight goals. In the 2000–01 season, Hamann won his first big English trophy when Liverpool won a much-celebrated cup treble winning the League Cup, FA Cup and UEFA Cup.

Hamann’s fondest memory with Liverpool inevitably came when he played a major part in the 2005 Champions League Final win over A.C. Milan. Although he was suffering a broken toe during the final, Hamann's substitution for Steve Finnan at half time was the catalyst for Liverpool's historic fightback. The team rallied after being 3–0 down to bring the game back to 3–3 and finally won in the penalty shootout; Hamann also showed a great amount of composure and bravery, as he took and converted the first LFC penalty with his broken foot.

Despite leaving the Reds in 2006 Dietmar Hamann remains a popular football speaker for the club, during his residency he would frequently appear as a guest at after dinner speaker events and club celebrations and enamoured himself to fans around the world. Having left Liverpool in 2006 to join Manchester City where he spent three seasons.

Before retiring Dietmar Hamann spent a short period at Milton Keynes where he took his first steps toward becoming a coach and sports speaker. He left the club in February 2011 to become the First Team coach at Leicester City. Later on, in the same year he was appointed manager at Stockport County.

As well as boasting domestic success Dietmar Hamann was also part of the German national team, joining in 1997 and remaining a vital part of the team until he left in 2006. Whilst playing for German Hamann appeared in the 1998 and 2002 World Cup’s as well as Euro 2000. Hamann made 59 international appearances for Germany in total and scored 5 goals, Dietmar continues to work as an after-dinner speaker for the German national side and is a popular football speaker at events across both the UK and Germany. Dietmar Hamann has the honour of being the last person to score a goal at the old Wembley Stadium before its demolition during a qualifying match, against England, for the 2002 World Cup.

A player and personality that has a vast amount of knowledge and experience in football, Hamann can provide a rare insight into success in both playing and management and elude to the infamous and notorious night in Istanbul where he sparked one of the greatest comebacks in the history of football to help Liverpool win the coveted title. An experience that makes for a wonderfully inspirational, motivational and moving account which evokes a sense of optimism from everyone who hears the story and makes you want to aspire and achieve as an individual. A phenomenal football speaker, Dietmar will be a fantastic addition to your event.

To book Dietmar Hamann to make a personal appearance at your corporate event, function or conference, simply contact the Champions Football Speakers agency by filling in our online contact form or by calling a booking agent directly on 0207 1010 553.