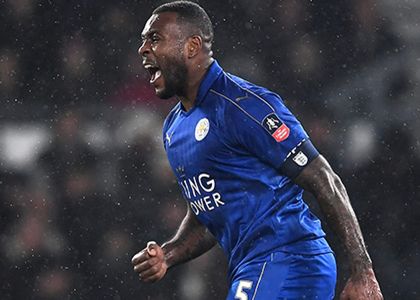 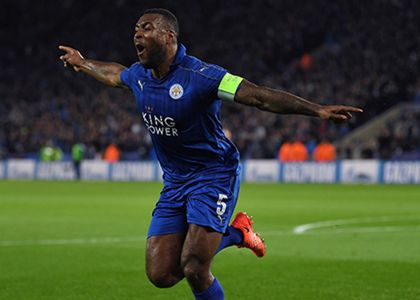 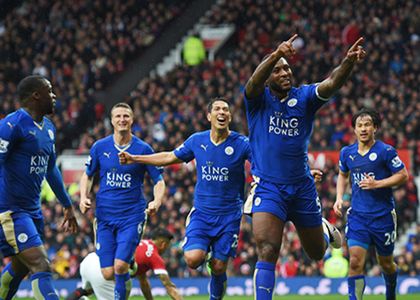 Wes Morgan is a professional footballer who plays as a defender and is captain of Premier League club Leicester City and the Jamaica national team. Best known for captaining Leicester City to the unforgettable and historic Premier League title and in the UEFA Champions League. The first Jamaican player to score in a UEFA Champions League game, Wes Morgan is an extremely sought after football speaker performing across the nation and providing an incredible insight into what is possibly the greatest sporting achievement of all time.

Born in Nottingham, as a youth player Morgan was overlooked by Notts County and played semi-professionally for Dunkirk. His performances were tracked by non-League teams and Forest, who took him as an apprentice while he continued studying. There was no transfer fee, but Dunkirk received two Forest kits. Their clubhouse has his Forest and Leicester shirts on the wall.

Becoming a first-team regular for Nottingham Forest in 2007, Morgan missed only four games all season, as he helped Forest finish second in the league and gain promotion from League One to the Championship. Morgan found it hard adapting to life back in the Championship during the first half of the 2008–09 season, with Forest languishing in the relegation zone by Christmas. However following the arrival of new manager, Billy Davies, Morgan and the Forest defence looked far more solid as the season progressed which eventually led to the Reds retaining their Championship status. October 2011 saw Wes Morgan make his 400th appearance for Nottingham Forest against Hull City in a match in which he was also handed the captaincy.

On 30 January 2012, Morgan joined East Midland rivals Leicester City for an undisclosed fee believed to be in the region of £1 million. As a result of his performances towards the end of the 2011–12 season, Morgan was awarded with the Leicester City captaincy ahead of the 2012–13 season. Making an immediate impact at the club, Morgan’s impressive performances early on earned him a nomination forChampionship Player of the Month for September.

Wes Morgan led Leicester City to the 2013-14 Championship title and promotion to the Premier League as a result. Selected in the PFA Championship Team of the Year on three occasions, Morgan was also rewarded by being named in the Football League Team of the Decade.

Following a difficult start in the Premier League with relegation looking almost inevitable, Morgan inspired his side to an incredible 7 wins at the end of the season to survive relegation and maintain their Premier League status, a monumental achievement on its own let alone what would follow the next season.

The 2015-16 produced what is widely considered as the greatest sporting achievement of all time. Playing in every minute of all 38 Premier League matches, one of only 4 players to achieve that accolade, against all odds and beyond the belief of many Morgan and Leicester City, under the tutelage of Claudio Ranieri did the unthinkable and were crowned champions of the Premier League by an incredible 10 points. An astronomical achievement having just avoided relegation a year before, Leicester City and Wes Morgan will forever be remembered for this mind-blowing achievement. Morgan was included in the Premier League PFA Team of the Year and went on to pick up a host of accolades from around the world for this unbelievable achievement. Of course the highlight of Morgan’s career, the fairy-tale story is an incredibly popular topic of conversation during his performances as a football speaker.

A Jamaican international who has broken records by playing in the coveted Champions League, Wes Morgan truly epitomises what hard work and dedication can achieve in life and football. Morgan’s career to date is remarkable, coming from humble beginnings he has propelled himself and his team to be crowned the greatest team in what is said to be the best league in the world and has brought Champions League football to Leicester. Already a Leicester City legend and icon, Wes Morgan is available to hire as a football speaker and is certain to be a truly unforgettable event and insight into this extraordinary story, urging everyone to dream.

When at corporate events, Wes Morgan is known to cover the following topics:

To book Wes Morgan to make a personal appearance at your corporate event, function or conference, simply contact the Champions Football Speakers agency by filling in our online contact form or by calling a booking agent directly on 0207 1010 553.