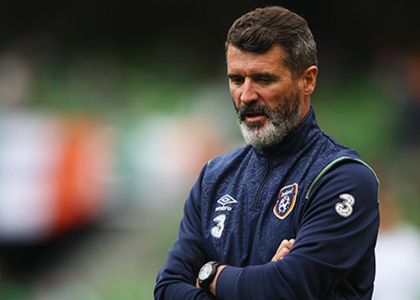 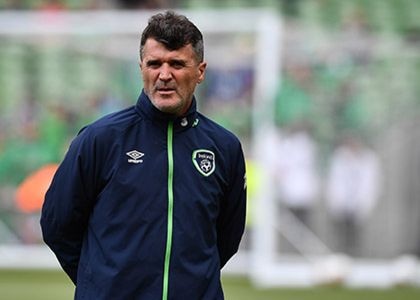 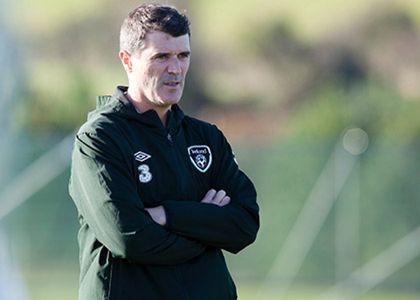 Roy Keane is an Irish football assistant manager, former professional football player and football speaker. He is the joint-most successful Irish footballer of all time, having won 19 major trophies, 17 of which came at Manchester United, in his club career. He is currently the assistant manager of the Republic of Ireland national football team. A powerful, dominant, and highly competitive midfielder, in his prime, Keane was known for his work-rate, mobility, energy, and hard-tackling style of play, which earned him a reputation as one of the best players in the world in his position. An influential presence on the pitch, he also stood out for his leadership and strong character throughout his career, as well as his temper which resulted in many rash challenges and bookings throughout his illustrious career.

During an 18-year-long playing career, Keane played for Cobh Ramblers, Nottingham Forest and most notablyManchester United, before ending his career at Celtic. Keane was a dominating defensive midfielder, noted for his aggressive and highly competitive style of play, an attitude that helped him excel as captain of Manchester United from 1997 until his departure in 2005. Joining the club in 1993, Keane helped Manchester United achieve a sustained period of success during his twelve year tenure at the club and propelled them to become the most successful and feared team in the country, if not the world.

Roy Keane will forever be remembered as a legend of Manchester United football club. Prolific as a player and in particularly as a captain, Roy Keane led from the front and epitomised the style of football that United played during that era leading to their dominance. An integral and indispensable figure at the club, during his United career Keane won 7 Premier League titles, four Community Shields and four FA Cup trophies to go along with the coveted UEFA Champions League title and Intercontinental Cup.

Overall, Keane led Manchester United to nine major honours, making him the most successful captain in the club’s history. His appearance in the 2005 FA Cup final, was his seventh such game, an all-time record in English football at the time. Keane also jointly holds the record for the most red cards received in English football, being dismissed a total of 13 times in his career. He was inducted into the English Football Hall of Fame in 2004 in recognition of his impact on the English game, and became the only Irish player to be selected into the FIFA 100.

Following his time at United, Keane then signed for the club be supported as a boy, Celtic but retired as a player less than a year later.

Keane played at international level for much of his career, representing the Republic of Ireland over a period of 14 years, most of which he spent as captain. He played in every Republic of Ireland game at the 1994 FIFA World Cup although he was sent home from the 2002 World Cup after a dispute with national coach Mick McCarthy regarding training facilities for the team. Regarded as one of the best defensive midfielders of his generation, in 2007, The Times placed him at number 11 in their list of the 50 “hardest” footballers in history.

Following his career as a player, Keane was appointed manager of Sunderlandshortly after his retirement and took the club from 23rd position in the Football League Championship in late August, to win the division title and gain promotion to the Premier League. Keane’s arrival was cited as the key catalyst in Sunderland’s recovery and the incredible feat was the highlight of his managerial career and an example of his leadership. He managed to keep Sunderland from relegation in the 2007–08 season but in his second season as a top-flight manager he left his position with Sunderland in the relegation zone. Following a brief period in charge of Ipswich Town, in November 2013, he was appointed assistant manager of the Republic of Ireland national team by manager Martin O’Neill.

Keane has also served as a studio analyst and pundit alongside Ian Wright, Lee Dixon and Gordon Strachan, fellow contemporary footballers of his time for ITV’s football coverage up until 2014, but still returns to ITV’s coverage on occasions to provide his ever respected and harsh critiquing on football matches.

A true footballing icon, Roy Keane is a legend of the game and enjoyed a quite remarkable yet controversial career. One of the most decorated players and captains of all time, Roy Keane was named the FWA Footballer of the Year, RTÉ Sports Person of the Year and Cork Person of the Year to name a few. A thoroughly entertaining yet firm individual, Roy Keane’s quite spectacular and colourful career is filled with tales and anecdotes, trials and tribulations and many a controversy making him a phenomenal football speaker. Roy Keane is available to hire as a football speaker for any event or function and is certain to provide an unforgettable experience to event attendees.

When at corporate events, Roy is known to cover the following topics:

To book Roy Keane to make a personal appearance at your corporate event, function or conference, simply contact the Champions Football Speakers agency by filling in our online contact form or by calling a booking agent directly on 0207 1010 553.