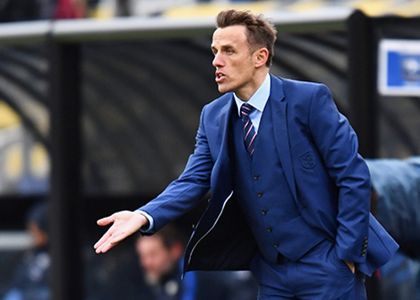 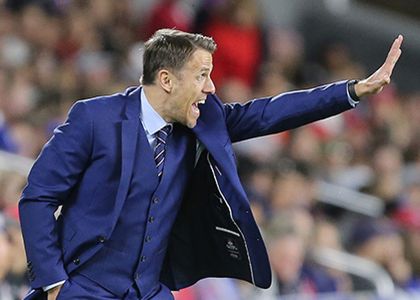 Beginning his career at Manchester United’s Youth team, Phil Neville joined the senior team in 1995 and remained there until joining Everton for a then record breaking fee of more than £3.5 million. Whilst at Manchester United, Neville made almost 400 appearances for the team and helped them win a formidable six Premier League trophies and three FA cups. Still an incredibly popular football speaker at Manchester based events, Neville was popular with fans and is well remembered for his more than fifteen years of service which yielded a staggering 14 trophies.

Phil Neville joined Everton FC in 2006 on a five-year contract and made his debut in a UEFA Champions Leaguequalifier where he came face to face with his former Manchester United colleague and fellow football speaker, Diego Forlán. Garnering a great deal of press coverage in the match was nothing compared to the game played the following weekend when Phil played against his brother and former team, Manchester United player and football speaker, Gary Neville for the first time.

Phil Neville became known and admired for his dedication, any off-field rivalries were forgotten when the game began and positive attitude, willingness and work-rate helped to make him one of the most popular Everton players. A favourite amongst both fans and manager, David Moyes. Phil Neville was named the club’s captain in 2007 and quickly became a popular football speaker for his new club and remained such until his departure and retirement in 2013.

Along with his distinguished domestic career, Phil Neville also boasts a tremendously successful international career. Neville was picked to play his first England match on his 19th birthday Neville before going on to gain almost 60 caps for the England team. He played his last match for England in 2007 but remains a popular football speaker at a number of English football events around the world.

Now retired Phil Neville works as a football dinner and football coach, along with being a co-owner of Salford FC. Holding a UEFA B Licence, Neville helped England’s Under-21s coaching staff in the absence of Stuart Pearce in the Under-21 European Championship qualifier against Belgium. Phil Neville joined Valencia FCwhere he served as an assistant coach enabling him to gain critical knowledge and experience within management. On 23 January 2018, Neville was appointed head coach of the England women’s team, signing a contract that would run to the end of the UEFA Women’s Euro 2021, this appointment was a reflection of Neville’s stature within the game and a testament to his character.

Phil Neville also regularly works as a football pundit and commentator, Neville has appeared as pundit on the BBC’s Match of the Day programme, employed by BBC One as a commentator and pundit during the 2014 FIFA World Cup. After departing from Valencia in 2016, Phil joined Sky Sports as a pundit for their coverage of the Premier League. This work that Neville has done as a pundit and analyst is further testament to Phil Neville’s credentials as a football speaker.

A charming and charismatic personality who has had a fantastic career within football as a player, coach, manager and owner, thus providing him with an abundance of knowledge about the intricacies of football and what it means to truly be successful in life and football, lessons that are fantastically transferable and relatable to any area of life. A phenomenal footballing figure, Phil Neville is available to hire as a football speaker for any event.

When at corporate events, Phil is known to cover the following topics:

To book Phil Neville to make a personal appearance at your corporate event, function or conference, simply contact the Champions Football Speakers agency by filling in our online contact form or by calling a booking agent directly on 0207 1010 553.