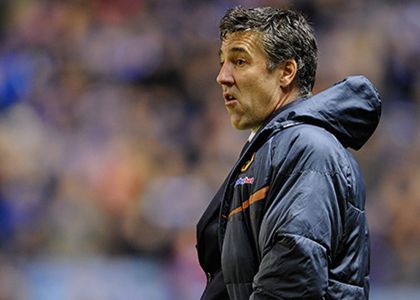 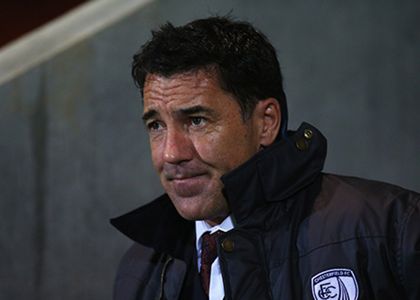 With a career in football as both player and manager spanning almost three decades, Dean Saunders has a host of tales from his illustrious career, quickly making him one of the most desirable football speakers on the after-dinner speaker circuit.

Starting his career at Swansea City as an apprentice in 1980, Dean turned professional two years later, making regular appearances for the club and proving his exciting play making abilities. Saunders’ career saw him play for Brighton, Oxford United before a £1million transfer to Derby County. In his first season at his new club he scored 14 goals in 30 games to help Derby finish fifth in the 1988–89 First Division table, their highest finish since they were league champions in 1975. Following Derby County’s relegation in 1991 a bidding frenzy began for Saunders however Liverpool emerged as suitors for the striker.

In his first season at Liverpool, Saunders partnered Rush – who also his strike partner for Wales – in attack, backed by young Steve McManaman which saw the club win the FA Cup for the fifth time. He became the first Liverpool player to score four goals in a European fixture when he did so during a 6–1 home win over Kuusysi Lahti in the UEFA Cup. Saunders finished as the club's top scorer for the 1991-92 season promoting a record signing in a £2.5 million deal to Aston Villa. Named the 1994-95 Supporter’s Player of the Year before being sent out on loan to Galatasaraywhere in the 1996 Türkiye Kupası final, Saunders scored the only goal of the first-leg before scoring an equalising goal in extra-time of the away leg against rivals Fenerbahçe S.K. to win the cup for Galatasaray. Spells with Nottingham Forest, Blackburn Rovers, Sheffield United, Benfica and Bradford City followed for Saunders before a turn to management. Dean brings his career to life, giving audience members an insight into the world of professional football.

Saunders was also one of Wales’ most prolific scorers. Making his debut as a 21-year-old against Ireland in 1986, Dean has 75 caps to his name and scored 22 goals in the process. Perhaps his most memorable exploit for Wales being his goal against Brazil in 1991 to secure a rare victory over the revered team. An accomplished after dinner speaker, Dean has addressed a multitude of audiences and always ensures that he interacts with crowds to share his experiences.

After retiring from football in 2001, Dean embarked on a successful career as a coach. Moving on to Newcastle United in 2004, Saunders held the positions of striker’s coach and first team coach under the guidance of manager Graeme Souness. After gaining more qualifications, Dean became assistant manager of Wales in June 2007. Since then, Dean has become a respected manager for Wrexham, Doncaster Rovers, Wolves, Crawley Townand most recently Chesterfield.

An equally adept TV personality, Dean is a respected football pundit, regularly appearing for BBC and Sky. A career filled with a vast array of experiences and involved in various footballing environments around Europe in playing, coaching and managerial capacities, Saunders can provide a fascinating and insight and overview of football discussing how the fundamentals vary in different facets. A thoroughly entertaining personality and highly interesting figure Saunders is certain to be very popular among his audience and will engage and captivate guests at any event as a football speaker.

To book Dean Saunders to make a personal appearance at your corporate event, function or conference, simply contact the Champions Football Speakers agency by filling in our online contact form or by calling a booking agent directly on 0207 1010 553.