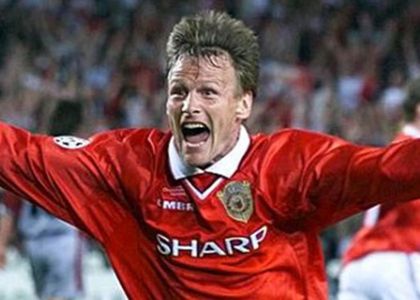 A legendary player, most notably for Manchester United and England, Teddy Sheringham is a former English football player, England international and manager. Most recently the manager of ATK in the Indian Super League, as a player, Sheringham played as a forward, mostly as a second striker, in a 24-year professional career. Currently the tenth-highest goal scorer in the history of the Premier League with 147 goals and is the competition’s 19th-highest appearance maker. He holds the record as the oldest outfield player to appear in a Premier League match and is also the oldest player to score in a Premier League match. Having enjoyed a truly sensational career in football, Teddy Sheringham is now an incredibly sought after football speaker.

During his extensive playing career, Sheringham played as the striker and for nearly three decades has devoted his life to the sport. Taking a look back into where this passion was first kindled, Sheringham’s career started with Millwall where he remains the club’s second all-time leading scorer with 111 goals. He also won silverware while at the club in the form of the Football League Second Division, a taste of success which would significantly multiply in years to come.

One of the best strikers in the sport, Teddy left Millwall to join First Division side Nottingham Forest. The real turning point for Sheringham was when he scored Forest’s first ever Premier League goal. His incredible talent did not go unrecognised and his prolific performances meant he was signed by Tottenham Hotspur. After five seasons at Spurs, Sheringham joined Manchester United, a move that would see him begin the most decorated and defining period of his career.

Sheringham’s time Old Trafford saw him become a truly integral part of the team that won three Premier League titles, an FA Cup, the coveted UEFA Champions League, an Intercontinental Cup and an FA Charity Shield. In 2001, he was named both the PFA Players’ Player of the Year and FWA Footballer of the Year, representing his incredible individual performances. The pinnacle of his career came when he scored the equaliser and provided the assist for Manchester United’s winning goal in the 1999 UEFA Champions League Final against Bayern Munich. This unforgettable experience is often spoken of by Sheringham during his performances as a football speaker, a time he looks back of with great pride and affection.

Following his departure from Manchester United at the end of the 2000–01 season, Sheringham re-joined Tottenham Hotspur, where he was a losing finalist in the agonising 2001–02 Football League Cup. Teddy spent one season with newly promoted Portsmouth, scoring the club’s first Premier League goal, before joining West Ham United, where he helped the club gain promotion from the 2004–05 Football League Championship. The following season, Sheringham appeared for West Ham United in the 2006 FA Cup Final, becoming the third-oldest player to appear in an FA Cup Final.

Internationally, Sheringham was capped 51 times for the England national team, scoring 11 times. He appeared in the 1998 and 2002 FIFA World Cups, as well as the 1996 UEFA European Championship. A versatile forward, Sheringham was capable of playing as a striker and also as a supporting forward, courtesy of his ability both to score and create goals. Due to his vision, his ability to read the game, and his short passing ability, Sheringham was capable of playing off another striker, in a deeper, creative role, where he served as an assist provider, a role he performed wonderfully for England.

While Sheringham retired from competitive football at the end of the 2007–08 season with Colchester United, at the age of 42, he has since completed his coaching badges and was appointed as the manager of Stevenage in May 2015. He also registered himself as a player at the club in November of that year, aged 49, a sign of his incredible professionalism which has allowed him to enjoy a level of longevity that is unheard of in football.

An English Football Hall of Fame inductee, Teddy Sheringham has enjoyed a quite remarkable career within football, extensive experiences as both a player and manager allow Sheringham to be incredibly well placed to deliver compelling and informative performance as a football speaker delving into the characteristics and requirements that were integral to his success in football. A truly charismatic personality with a host of tales and anecdotes to share, Teddy Sheringham is available to hire as a football speaker for any event or function and is certain to leave a lasting impression on his guests.

When at corporate events, Teddy is known to cover the following topics:

To book Teddy Sheringham to make a personal appearance at your corporate event, function or conference, simply contact the Champions Football Speakers agency by filling in our online contact form or by calling a booking agent directly on 0207 1010 553.