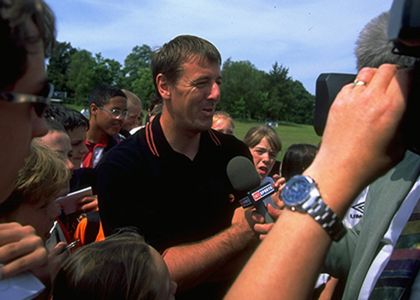 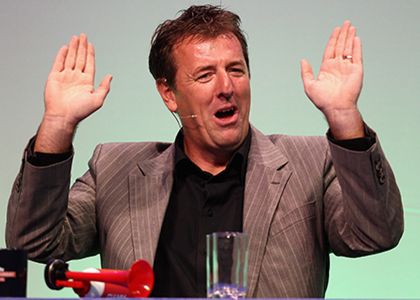 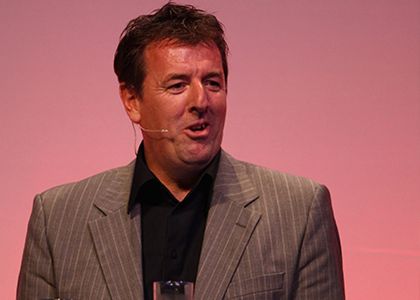 Matt Le Tissier is a former professional footballer and football television presenter. Le Tissier represented England at international level and now works as a football pundit for Sky Sports and is also the honorary president of Guernsey F.C..

Le Tissier is still seen as one of the most consistent and prolific players to have played in the modern era of The Premier League. The Guernsey-Born attacking midfielder, Le Tissier personifies loyalty being a one club player, having competed for his entire professional career at Southampton, this was recognised in 2015 when Matt Le Tissier was presented with the One Club Man award. The first midfielder to score over 100 premier league goals, Le Tissier managed to find the net 161 times in a Southampton shirt during 443 appearances. Over the 16 years he represented the South coast club, he is still to this day considered as one of the best penalty takers there has ever been having converted 47 out of 48 penalties, a tremendous feat that showcases his ability to perform under pressure, a skill that is crucial to success in both sport, business and everyday life. A truly incredible playing career, Le Tissier is also able to turn his hand to becoming a formidable football speaker speaking of his various trials and tribulations along with being a formidable pundit.

The PFA Young Player of the Year during the 1989-90 season, Le Tissier was inducted into the English football Hall of Fame in 2013 to cement his place within footballing folk law as one of the greats, helping increase his suitability as an incredibly well desired football speaker. Despite an International career that did not bring abundances of success, Le Tissier is viewed by Premier League football fanatics and Southampton fans to be one of the best and most threating players of recent times.

Retiring in January 2002, Le Tissier has become an exceptional and incredibly sought after football speaker, proving to be incredibly popular at all events and occasions. An articulate and logical thinker, Le Tissier has the personality to captivate, engage and resonate with the audience. Le Tissier is now also a regular within punditry and has become a regular figure on Sky Sports coverage of Soccer Saturday. His talents as a television pundit translate phenomenally well into his ability as a football speaker, delivering keynotes as an football speaker on a regular basis. In August 2016, Le Tissier and ex-Southampton teammate Francis Benali announced that they had gone into business as football agents. Speaking about their joint business venture, Le Tissier commented that their aim was to provide “guidance and support on every aspect of a footballer’s career – on and off the field.”

An articulate and exuberant sports speaker who is truly passionate about football, Matt Le Tissier is an exceptional football speaker who has a tremendous amount of knowledge and experience within football along with knowing the intricacies and requirements of succeeding at the highest level, teachings he wonderfully shares with his audience as a football speaker. An enormously popular and extremely well respected personality within the world of football, English Football Hall of Famer and England International, Matt Le Tissier is certain to be a fantastic addition to any event as a football speaker.

To book Matt Le Tissier as the football speaker for your corporate event, function or conference, simply contact the Champions Football Speakers agency by filling in our online contact form or by calling a booking agent directly on 0207 1010 553.