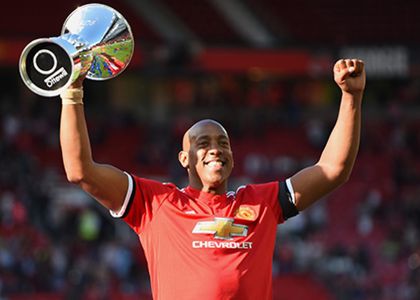 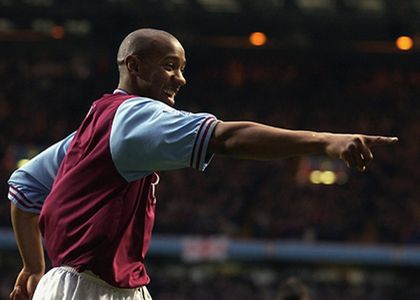 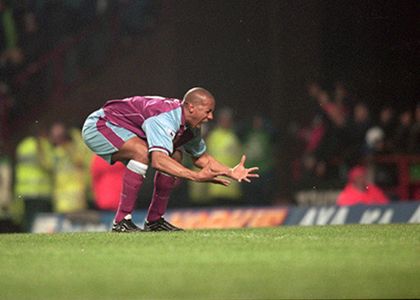 One of the most recognisable English footballers of his time, Dion Dublin enjoyed an illustrious career in elite football spanning over two decades; he represented a number of famous clubs as well as his country on multiple occasions. A perfect football speaker for both business and social events, Dion can give all audience members an insight into his playing days as well as what is needed to achieve success at the highest level, making him one of the most sought-after personalities on the after-dinner speaker circuit.

Beginning his career in 1988 at Norwich City, Dion Dublin soon moved to Cambridge United as a centre-half. Over three seasons, Dublin began to make an impression with Premier League teams scoring goals against many of them in FA Cup ties in his new-found role as a striker. Signed by Alex Ferguson for Manchester United in 1992 for £1 million, a promising player for the side, Dion unfortunately suffered a broken leg during a match against Crystal Palace, taking him out of action for six months. Dublin was a part of the 1967 League winning side and although he did not play the 10 matches required to obtain a medal, special dispensation from the meant he was awarded with a winner’s medal.

Moving to Coventry City in 1994, Dion began to establish himself as one of the Premier League’s top strikers. Winning his first England cap three years later in 1997, Dion had become a prominent player for club and country, equalling the record for 23 goals in a season for Coventry City the very same year as well as finishing the season as joint leading goal scorer in the Premier League. As a football speaker, Dion delivers many stories from his career to give the audience members an insight into the crucial moments that shaped his football history.

After moving to Aston Villa in 1998, Dion suffered a broken neck a year later resulting in a titanium plate being inserted to hold three of his vertebrae together. Dion overcame this adversity and returned to full fitness just three months later. The drive and determination to do this is a skill fundamental to both business and social environments alike and is also a topic eloquently discussed by Dion during talks as a football speaker. Shortly after his time at Villa and a brief spell with Leicester City, Dublin was signed by Celtic where he went on to enjoy double success winning the Scottish League Cup and Scottish Premier League. Dublin returned to Norwich City the club where his career began 20 years previously and his final season was awarded the Norwich City Player of the Year and the Barry Butler award.

After retiring from football in 2008, Dion has become a successful football pundit for Sky Sports and BBC as well as commentating on a number of Champions League games. As an after-dinner speaker, Dion uses his experience from being in front of the camera to deliver accomplished talks as a sports speaker along with his commentary experience from his work on Radio 5 Live. Dion has also appeared on hit BBC show Homes under the Hammer, a show he still works on today.

Dion Dublin has enjoyed a diverse and successful career having enjoyed many glories during his playing days and overcome incredible adversity to always remain a joyful and infectious character. A football with an abundance of talent and an eye for goal coupled with a wonderful entertainer and speaker, Dion Dublin will certainly be a popular football speaker at your event and take his audience on an insightful journey through his career creating plenty of food for thought and a great deal of humour. Dublin will be a fantastic addition to any event as a football speaker.

To book Dion Dublin to make a personal appearance at your corporate event, function or conference, simply contact the Champions Football Speakers agency by filling in our online contact form or by calling a booking agent directly on 0207 1010 553.