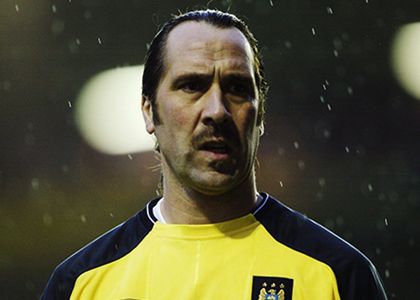 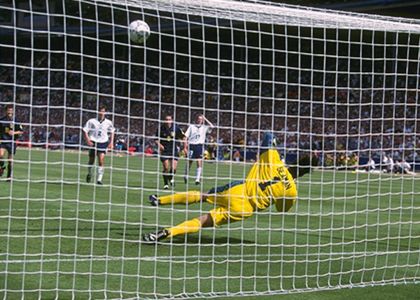 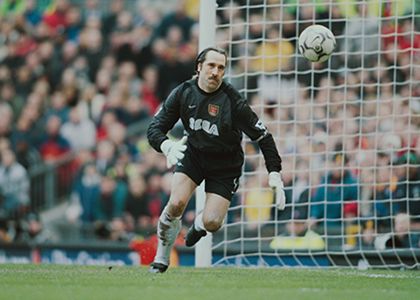 Goalkeeping legend David Seaman MBE enjoyed an illustrious career for a host of Premier League clubs as well as being one of the nation’s most consistent goalkeepers in history. Best known for his loyal service to Arsenal Football Club between 1990-2003, appearing 405 times for the club and achieving a remarkable record of conceding only 18 goals whilst playing all 38 matches of the 1990-1991 season. David’s experience of top-flight football has led to him becoming a leading figure as a football speaker on achieving goals of consistently performing in a highly pressurised environment, something he portrays wonderfully during after dinner speeches.

Seaman’s playing career spanned over two decades and was extremely successful both from a personal and team point of view namely with Arsenal. Having begun his playing career at Leeds United before moving on to Peterborough United and . Seaman’s 141 appearances for Queens Park Rangers preceded his time at Arsenal. With Arsenal, Seaman won three league championships (1991, 1998, 2002), four FA Cup titles (1993, 1998, 2002, 2003), the League Cup in 1993 and the European Cup Winners Cup in 1994. His final act with Arsenal was to lift the FA Cup, which was his eighth major trophy with his team. Seaman played in goal for Arsenal more times than anyone else, and is second after Ray Parlour in the all-time Premier League appearances chart for Arsenal, with 325 to his name. In June 2008 he was voted seventh in the list of 50 Gunners' Greatest Players.

David Seaman made his international debut for England in 1988, going on to appear for the squad for fifteen consecutive years, a record still held to this day. David featured as first choice goalkeeper in three European Cupcampaigns and two World Cups in 1998 and 2002. His consistent form and the reassurance he gave defenders saw him receive awards and accolades on multiple occasions for his performances and leadership qualities on pitch. Seaman ending his International career with 75 caps and retired from domestic football with Manchester City in 2004.

After retirement from the sport, Seaman has made a number of television appearances including Dancing On Ice, They Think It’s All Over as well as the release of two football themed DVD’s David Seaman’s Goalkeeping Nightmares and Jeepers Keepers.  In 2012, David joined the coaching squad at Wembley Football Club for their 2012-2013 FA Cup campaign in an attempt to play at Wembley and record a documentary in the process.

David is a warm and friendly football speaker, engaging with audiences and interacting with guests during question and answer sessions at events. A compelling sports speaker, David provides anecdotal tales of famous matches and changing room scenarios the cameras can never catch.

A former England number one with an illustrious and decorated career to his name, Seaman has experienced success at the highest level of the game on a number of occasions as well gaining the highest honour of representing his country. A wonderful playing career filled with experiences like few others within the game and a diverse career outside of football and on television, David is an incredibly rounded individual with a wide array of skills and expertise all culminating in his ability to be a fantastic football speaker. Available for television appearances and private functions, David is a national household name and sure to bring the finishing touch to your event.

To book David Seaman to make a personal appearance at your corporate event, function or conference, simply contact the Champions Football Speakers agency by filling in our online contact form or by calling a booking agent directly on 0207 1010 553.